The collaboration has got cinephiles excited and there's a lot of anticipation for the movie. The veteran star recently spoke about his experience of working with Aniruddha 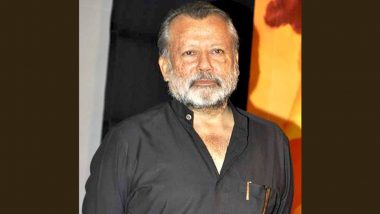 The collaboration has got cinephiles excited and there's a lot of anticipation for the movie. The veteran star recently spoke about his experience of working with Aniruddha, he said, "I come from the school of acting where homework for a character or a scene is the key to command the floor. Working with Aniruddha was refreshing because he likes to play with the spontaneity of an actor." Pankaj Kapur Birthday Special: Five Interesting Facts About The Brilliant Actor You Must Know.

"We had many discussions about the film before starting the shoot, and he is very receptive as director. The contrast between us made the whole process even more exciting and rejuvenating. We thrived on each other's energy, and that's what will reflect on the screen," he added.

The film touted as a hard-hitting investigative drama centred around media integrity, also stars Yami Gautam in the lead, along with Rahul Khanna, Neil Bhoopalam, Pia Bajpiee, and Tushar Pandey. The film's screenplay has been written by Shyamal Sengupta, with dialogues penned by Ritesh Shah, and story by Aniruddha Roy Chowdhury and Shyamal Sengupta.

(The above story first appeared on LatestLY on Nov 03, 2021 11:31 PM IST. For more news and updates on politics, world, sports, entertainment and lifestyle, log on to our website latestly.com).