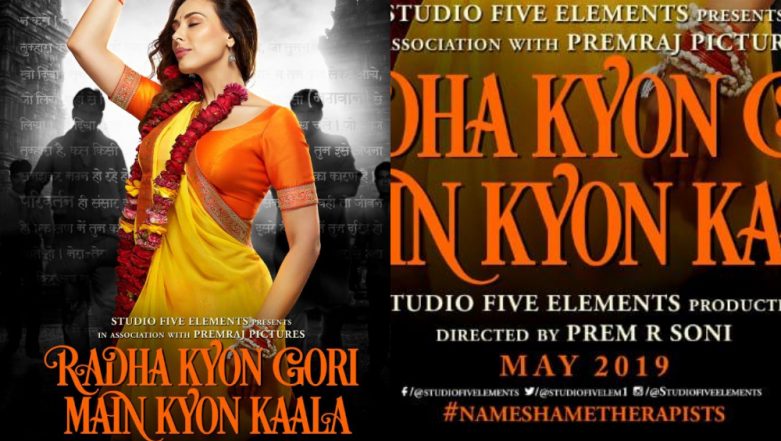 Romanian beauty Iulia Vantur is all set to make her Bollywood debut finally, after years of speculations on the topic. The first poster of the first movie has surfaced on the internet and it, sort of, is intriguing. The movie is titled Radha Kyon Gori Main Kyon Kaala and stars Jimmy Sheirgill opposite Iulia. Well, Jimmy's presence is one thing already working in the movie's favour. On the poster, Iulia can be seen in an avatar of a jogan (a female Hindu monk).

Trade analyst Taran Adarsh shared the poster on his Twitter handle. Radha Kyon Gori Main Kyon Kaala is being directed by Prem R Soni. The director has previously made movies like Preity Zinta's Ishkq in Paris and Salman Khan's Main Aur Mrs Khanna. There are very few hints on the poster that actually tell us what the movie is all about. But, if you notice properly, there is a hashtag at the extreme bottom of the poster.

The hashtag reads "name shame the rapists". That does tell us that the movie might be a rape-revenge saga like Bhoomi, Mom, Kaabil, Maatr. But, again, this is only a speculation. Although, we can understand why makers released the poster now. In the wake of the #metoo movement, #nameshametherapists might just go viral. BTW the poster also reveals that the movie is based on true events.

Iulia has earlier starred in a special song, Ummbakkum, in the film, O Teri. She has also sung two songs for the Salman Khan film, Race 3. And a promotional track for the film Sultan.