There were also reports that Imtiaz Ali was going to cast Rajkummar in his next venture instead of Shahid Kapoor. 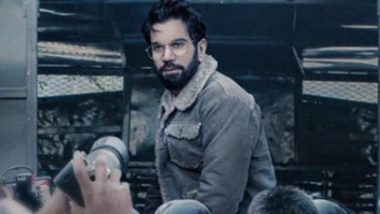 Mumbai, Aug 24: Actor Rajkummar Rao, who is gearing up for the release of his forthcoming films "Stree", has confirmed that he will feature in Anurag Basus next film titled "Imli" along with Kangana Ranaut. Rajkummar was interacting with the media at the Lakme Fashion Week 2018 on Thursday in Mumbai. The actor said: "Yes I am doing a film with Anurag sir called "Imli" which also stars Kangana." There were also reports that Imtiaz Ali was going to cast Rajkummar in his next venture instead of Shahid Kapoor and reacting to that, the actor said: "There is nothing as of now with Imtiaz sir but I would love to work with him for sure. I love working and being in front of the camera so, whenever I get a chance or whenever somebody offers me a good film I just do it."

"Imli" will be Rajkummmar and Kanagana's third collaboration with each other. Previously, they worked in "Queen" (2014) and now they are shooting for their second film "Mental Hai Kya". As far as Kangana is concerned, she will be collaborating with Anurag Basu for the fourth time. They have earlier worked in "Gangster" (2006), "Life in a Metro" (2007) and "Kites" (2010). "Imli" is touted to be a love story; which deals with relationships on a very human level. The shooting will begin in November.

(The above story first appeared on LatestLY on Aug 24, 2018 11:57 AM IST. For more news and updates on politics, world, sports, entertainment and lifestyle, log on to our website latestly.com).