Ranbir Kapoor, who made his acting debut in 2007, celebrates his 40th birthday today. On the occasion of his birthday, let’s take a look at those five best films of his career. 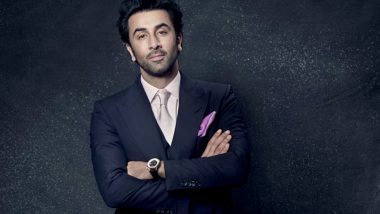 Ranbir Kapoor is one of the finest gems of Hindi Cinema. He has managed to create a space for his himself in this glitz and glamour world with his sheer acting skills. Although acting has been in his blood, he experimented with his roles and proved himself with his stellar performances on the big screens. His choice of roles have made him stood out as an impeccable performer and this ‘Rockstar’ of Bollywood won hearts. 7 Entertaining Cameos of Ranbir Kapoor You Should Not Miss (Watch Videos).

Ranbir Kapoor, son of late actor Rishi Kapoor and Neetu Kapoor, has turned a year older today. The actor who made his acting debut in 2007 with Sanjay Leela Bhansali’s Saawariya, celebrates his 40th birthday today. On the occasion of his birthday, let’s take a look at those five best films of his career. Birthday Boy Ranbir Kapoor's 6 Onscreen Moments That Left Us Awing, Gasping and Crying.

It was a treat for fans to watch RK in a political drama. His role as Samar Pratap left the audience awestruck, who plays the game of politics with masterful strokes in the Prakash Jha directorial.

Ranbir’s performance as Delhi-based JJ, who is ambitious of becoming a rockstar, has been one of his best roles. Written and directed by Imtiaz Ali, cinephiles saw a brilliant performance from RK in this musical romantic drama.

The Kapoor lad once again went on win hearts with his role as Murphy “Barfi” Johnson, a deaf-mute young boy from Darjeeling. His chemistry with Ileana D’Cruz’s Shruti and Priyanka Chopras’ Jhilmil was simply adorable.

A film by RK’s dearest pal Ayan Mukerji that celebrates friendship and love. Fans saw RK as Kabir Thapar aka Bunny, a charmer who wishes to travel across the globe with least interest in settling down, but ultimately ends up falling in love with Deepika Padukone’s Naina.

It was Ranbir Kapoor’s uncanny resemblance with Sanjay Dutt for his role in Rajkumar Hirani’s directorial that left everyone stunned. He not just experiment with his role, but RK underwent major physical transformation too for this movie that chronicles the life of Sanjay Dutt.

These are a few of the best films of Ranbir Kapoor. Here’s wishing the handsome hunk a very happy birthday and many more amazing projects in the future.

(The above story first appeared on LatestLY on Sep 28, 2022 12:01 AM IST. For more news and updates on politics, world, sports, entertainment and lifestyle, log on to our website latestly.com).