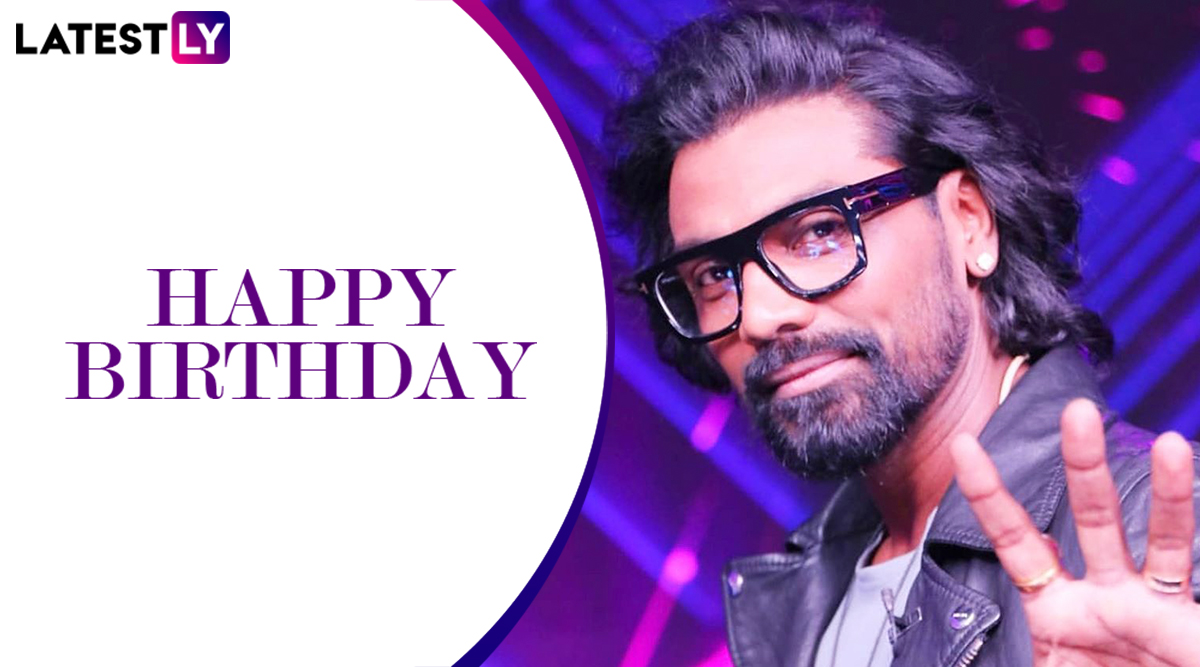 Remo D’Souza is one of the most popular choreographers of Bollywood. He is a fabulous dancer, a choreographer and also a director. Remo was born on April 2, 1974, to K Gopi (a chef in the IAF) and Madhvi Laxmi. Besides having excellent dancing skills, he was also an athlete during his academic years. Remo, who has turned a year older today, has worked with some of the leading stars of Bollywood. He has choreographed some of the hit tracks of Hindi cinema, which has also become some of the favourite party numbers. Remo D'Souza Takes Varun Dhawan And Shraddha Kapoor's Street Dancer 3D To A Bigger Level - Here's How.

Remo D’Souza made India's first 3D dance movie, ABCD - AnyBody Can Dance that released in 2013. But it was two years before it that Remo had made his directorial debut with the film F.A.L.T.U, which opened to mixed response from critics and fans. The other films directed by him includes ABCD 2, A Flying Jatt, Race 3 and Street Dancer 3D. But on this special day, let’s take a look at the songs that were choreographed by Remo D’Souza and which also helped him earn awards. Shraddha Kapoor Preps Up for Remo D’Souza’s Street Dancer, Posts Rehearsal Video.

The film Student of the Year launched three fresh faces in Bollywood – Sidharth Malhotra, Alia Bhatt and Varun Dhawan. Like the movie, all the songs in this film were also a huge hit. But Remo D’Souza choreographed track, “Disco Deewane” aka “The Disco Song”, was the ultimate hit number. Although he did not win any award for this track, this song and the steps of it is still Bollywood lovers’ favourite.

The song “Badtameez Dil” was one of the hit numbers from Ranbir Kapoor – Deepika Padukone starrer,  Yeh Jawaani Hai Deewani. It was a peppy, energetic dance number choreographed by Remo D’Souza for which he even won numerous accolades for Best Choreography.

“Sun Saathiya” from Anybody Can Dance 2 featuring Varun Dhawan and Shraddha Kapoor, was a  semi contemporary number. Be it the music or the dance moves, this film was indeed a treat for all music lovers and dancers. Again, Remo bagged Best Choreography award for this song.

Bajirao Mastani had some of the amazing dance tracks, and “Deewani Mastani” featuring Deepika Padukone was one of the most favourite numbers from this film. For the unversed, the song “Deewani Mastani” won at the 63rd National Film Awards for Best Choreography.

The film Kalank must have tanked at the box office, but the songs in it were highly impressive, especially the track – “Ghar More Pardesiya”. The song featured Alia Bhatt and Madhuri Dixit Nene, and the dance that had a classical style was loved by all.

Apart from choreographing some amazing tracks, Remo D’Souza has also judged some of the dance shows. It includes Dance India Dance, Jhalak Dikhhla Jaa and also Dance Plus. Here’s wishing him a a great, groovy year ahead! Happy Birthday, Remo D’Souza!