Owing to the nepotism debate, as soon as the trailer of Sadak 2 got unveiled on YouTube, it started to churn a huge number of 'dislikes' on the platform. Read on. 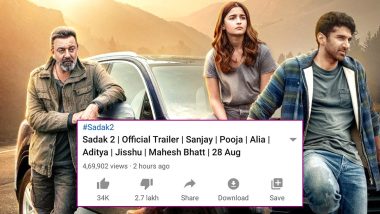 Delayed by a day, the trailer of Sadak 2 starring Alia Bhatt, Sanjay Dutt and Aditya Roy Kapur in leads was finally out on August 12, 2020. The trailer launch on August 11 was postponed owing to news of Sanjay Dutt being diagnosed with stage 3 cancer. However, as soon as the trailer got unveiled on YouTube on the very next day, it started to churn a huge number of 'dislikes' on the platform. For the unversed, due to the ongoing nepotism debate after Sushant Singh Rajput death, netizens are angry and so went the thumbs down way to make the trailer a super duper flop. Sadak 2 Trailer: Alia Bhatt, Sanjay Dutt and Aditya Roy Kapur’s Revenge Drama Gets Heavily Mocked On Twitter!

Not just this, a trend on Twitter much before the release of the trailer to dislike it once it's out was all over the web. The debate here is that as the movie is directed by Mahesh Bhatt, it has been declared as a product of nepotism. Also, while writing this, the dislike on the trailer stands at dislikes 455k vs likes 46k. Sadak 2 Trailer: Alia Bhatt, Sanjay Dutt and Aditya Roy Kapur's Next Looks Like a Worthy Sequel (Watch Video).

Check Out The Trailer Of Sadak 2 Below:

And Here's The Screenshot: 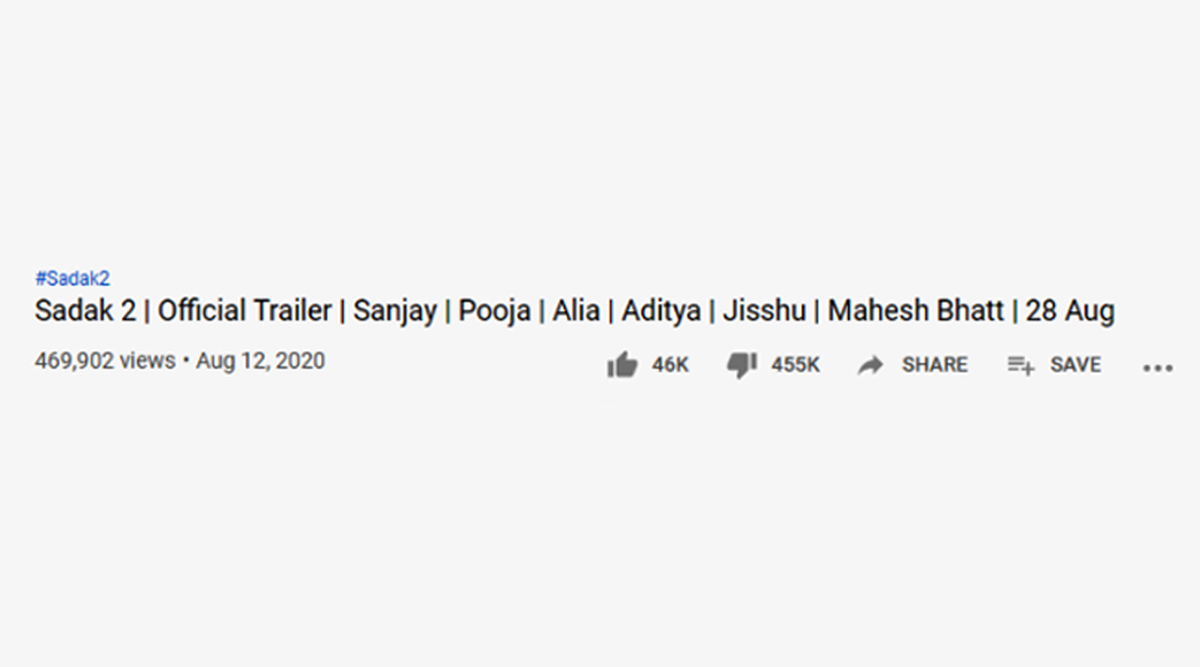 However, in the first two hours of the trailer release, the dislikes were in lakhs compared to the likes in thousands. Check out the proof below: 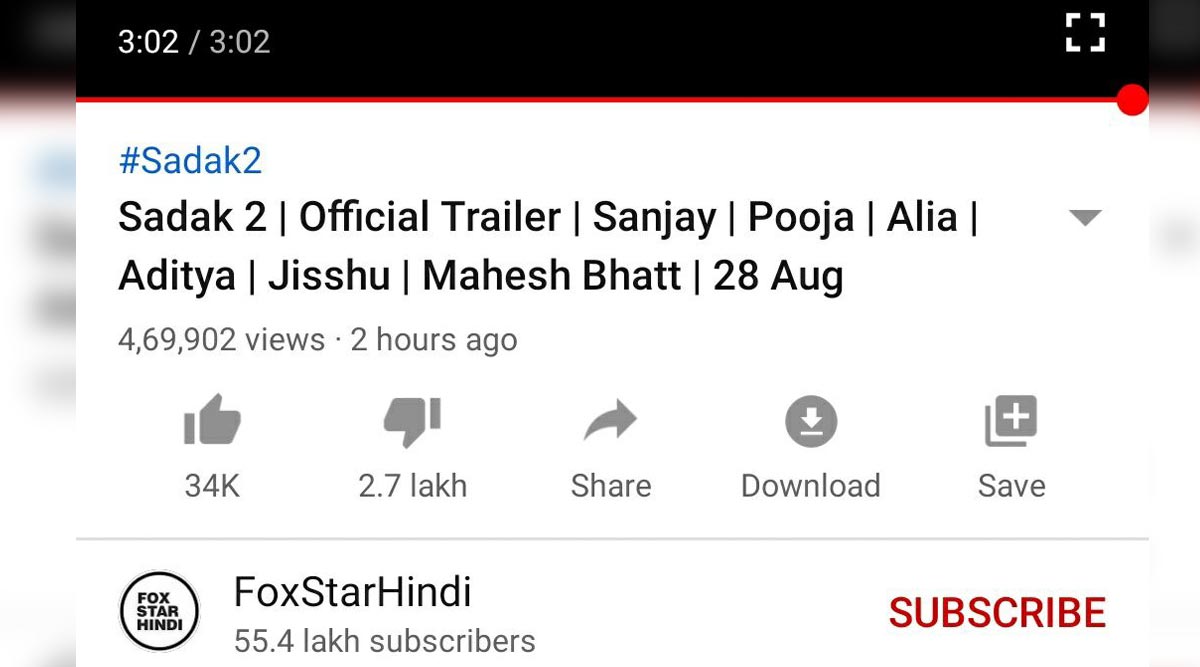 To be honest, the trailer is not at all great, but hating something based on mere rumours is way too much. Also, on Monday, netizens urged one and all to uninstall Hostar and not watch Sadak 2. #UninstallHotstar was the trend which was on Twitter throughout the day. Stay tuned!

(The above story first appeared on LatestLY on Aug 12, 2020 01:33 PM IST. For more news and updates on politics, world, sports, entertainment and lifestyle, log on to our website latestly.com).