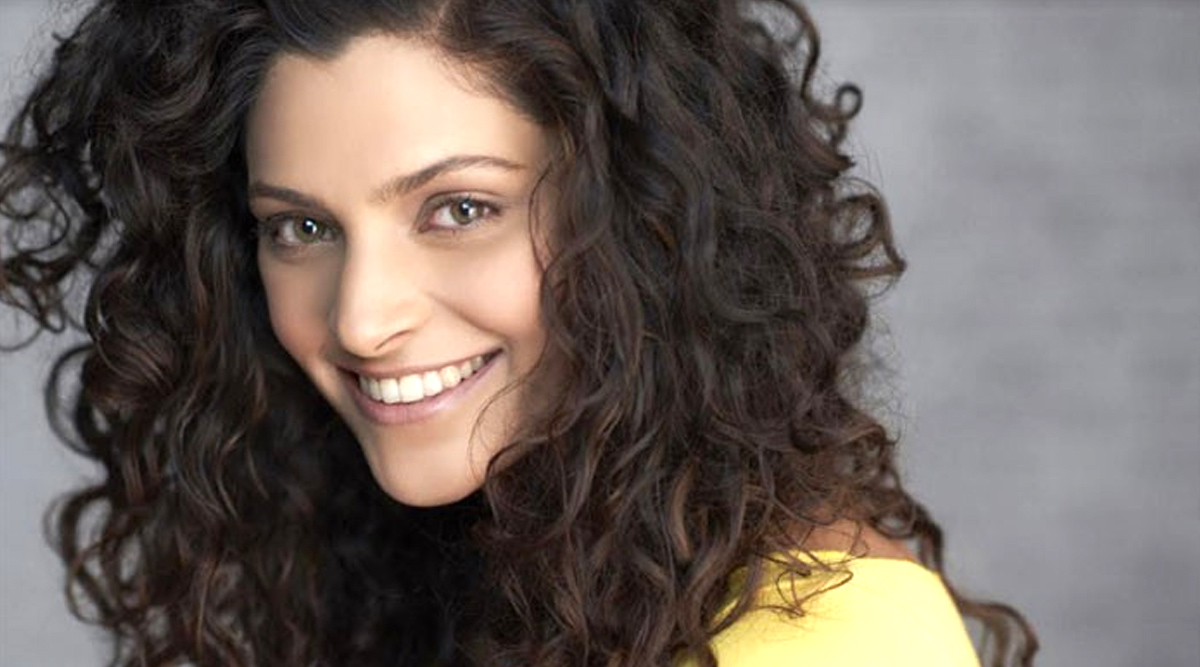 Walking past the failure of her debut film "Mirzya" was not at all easy for Saiyami Kher, but she didn't lose belief in herself or her calibre. The actress says the testing time taught her to be patient and keep looking forward. "With ‘Mirzya', it was a dream launch, and unfortunately it didn't do very well at the box office. The journey after that was not easy at all because with ‘Mirzya' I got such a meaty character. The offers that came to me were not very exciting, and there was nothing very new about the stuff that came to me. People were not considering me for the stuff that I would have liked to do, as my film didn't do very well at the box office," Saiyami told IANS. Saiyami Kher Is Springtime Chic in a Lush Green Pretty Patterned Global Desi Jumpsuit!

"It was a very testing time. I come from a sporting background, and that background helped me to just keep going. Also, something that Akshay sir said had stayed with me. He said ‘kaam se kaam milta hai'," she added. Directed by Rakeysh Omprakash Mehra, "Mirzya" narrates the tragic love story of Mirza-Sahiban. The 2016 film, which also marked the debut of Anil Kapoor's son Harshvardhan, failed to have a successful affair at the box office. After the failure, Saiyami followed her instinct. Fashion Face-Off: Saiyami Kher or Ahana Kumra in Global Desi Jumpsuit? Who Wore the Sage Green Style Better?

"I kind of just waited to pick on things which interest me. That's when Riteish Deshmukh offered me a Marathi movie ‘Mauli', and I did it. It was a new experience and it did well. Then I got an Amazon show called ‘Breathe 2'... I play a totally different role, unfortunately I can't reveal it right now. But it is a character I never imagined I would play. Then I got to play the role of an undercover agent in ‘Special Ops'," she added.

Asked how facing a setback initially in her career prepared her for the showbiz journey, Saiyami said: "There are two ways of looking at it. The first is that I have gathered the patience, know how the industry works, how to keep yourself going and keep on working on things you believe in. That has been a big learning. But everyone wants their film to do well at the box office because then you are offered better things."

The actress continued: "It is always the toss between the two. If the film had done well at the box office, I would probably be doing more work right now, but I have learnt my lessons. Another thing is that I never lost belief in myself. Lot of people see the glamour and glitzy world of showbiz, but don't see the struggle and hardship behind that. "I was fortunate that right after ‘Mirzya', Mani Ratnam signed me for a film. Unfortunately, it didn't take off because the male actor walked out. Then I got to do projects with Anurag Kashyap and Neeraj Pandey," she added.

Apart from her big screen story, Saiyami is exploring the digital world. Saiyami was recently seen in Neeraj Pandey's "Special Ops", which went live on March 17 on Hotstar VIP. She will soon be seen in Anurag Kashyap's "Choked: Paisa Bolta Hai", which will release on Netflix on June 5. She has also joined the cast of the second season of "Breathe", which includes names like Abhishek Bachchan, Amit Sadh and Nithya Menen. It will go live on Amazon Prime Video soon.

Saiyami is glad that digital platforms have opened many new avenues for actors. "OTT is the future. Many big actors are coming onto it, big filmmakers are making projects for the platforms and they have really well written female characters. That doesn't happen in films where girls don't have a lot to do, but in OTT projects girls are driving them. It's an added advantage," she said. "There's no box office pressure. The shelf life of female actors has increased thanks to OTT platforms," added the actress.