Shah Rukh Khan's next will go on floors in February 2019. 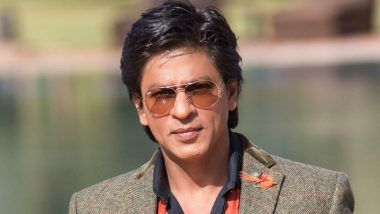 Here comes a big announcement for all Shah Rukh Khan fans! Though the actor has not confirmed his next movie after Zero, speculations are rife if he'll sign a biopic on Rakesh Sharma. The biopic sounds promising as it will narrate the story of the first Indian who traveled in space. The film was earlier titled 'Salute', however makers decided to go ahead with Saare Jahaan Se Achcha. In his list of upcoming projects, producer Sidharth Roy Kapur lists SRK's biopic as one of his movies in the pipeline that will go on floors in February 2019. Shah Rukh Khan’s Netflix Series Bard of Blood Starring Emraan Hashmi Goes On Floors - View Pics.

The producer's recent announcement also mentions that an A-list actor has been approached to star in this drama and an official announcement will be made towards the end of this year. Earlier reports suggested that Aamir Khan was the first choice to play the lead in this biopic. However, after his exit, SRK came on board and was quite eager and willing to give his nod to the project. Salute: Shah Rukh Khan Wants Aamir Khan’s Help to Prep for Rakesh Sharma Biopic.

After his space mission when Prime Minister Indira Gandhi asked Rakesh how India looked from outer space, he replied, 'Saare Jahaan Se Achcha'. And that could be one of the reasons why they thought of this new title.

(The above story first appeared on LatestLY on Oct 23, 2018 02:46 PM IST. For more news and updates on politics, world, sports, entertainment and lifestyle, log on to our website latestly.com).