Shubh Mangal Zyada Saavdhan: Ayushmann Khurrana's Next is All About a Gay Love Story 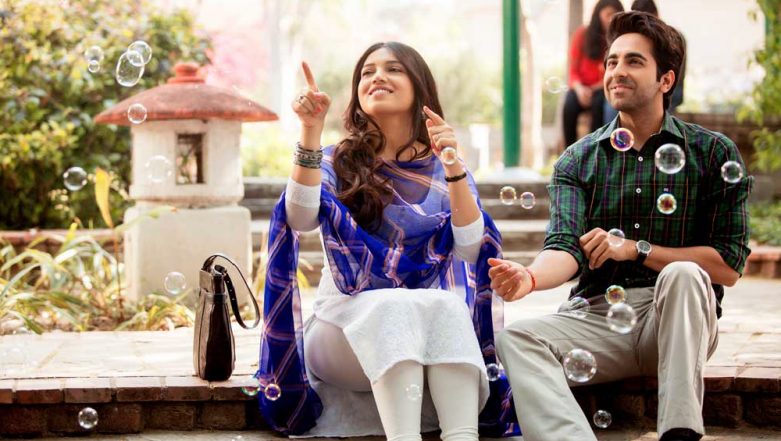 Ayushmann Khurrana can never cease to amaze people with his choice of films. Right from his debut film, Vicky Donor, the man has only experimented with his roles and scripts and has always delivered only the best! Yet again, he is coming up with an out-of-the-box film which is a gay love story. This will be a sequel to his previous film with Bhumi Pednekar, Shubh Mangal Saavdhan and will be titled as Shubh Mangal Zyada Saavdhan. there will be another actor roped in with him. Bala Goes on Floor - Here’s All You Need to Know About Ayushmann Khurrana, Yami Gautam and Bhumi Pednekar’s Film.

The first instalment was directed by RS Prasanna while the sequel is led by director Hitesh Kewalya. Producer Aanand L Rai confirmed the same saying, "The Shubh Mangal Saavdhan franchise is our tribute to the churning that keeps our society alive. Every installment will deal with a topic that touches every person but no one wants to speak about it publicly. Like the first film, this one too will broach a taboo subject with great sensitivity and light humour. I anticipate a lot of conversations and cheer around the second film too.”

"It revolves around how a conservative family comes to terms with the fact that their son is gay. The humour is situational,” a source added. The makers have decided to set up the film based on homosexuality in the mainstream in a humorous but educative way.