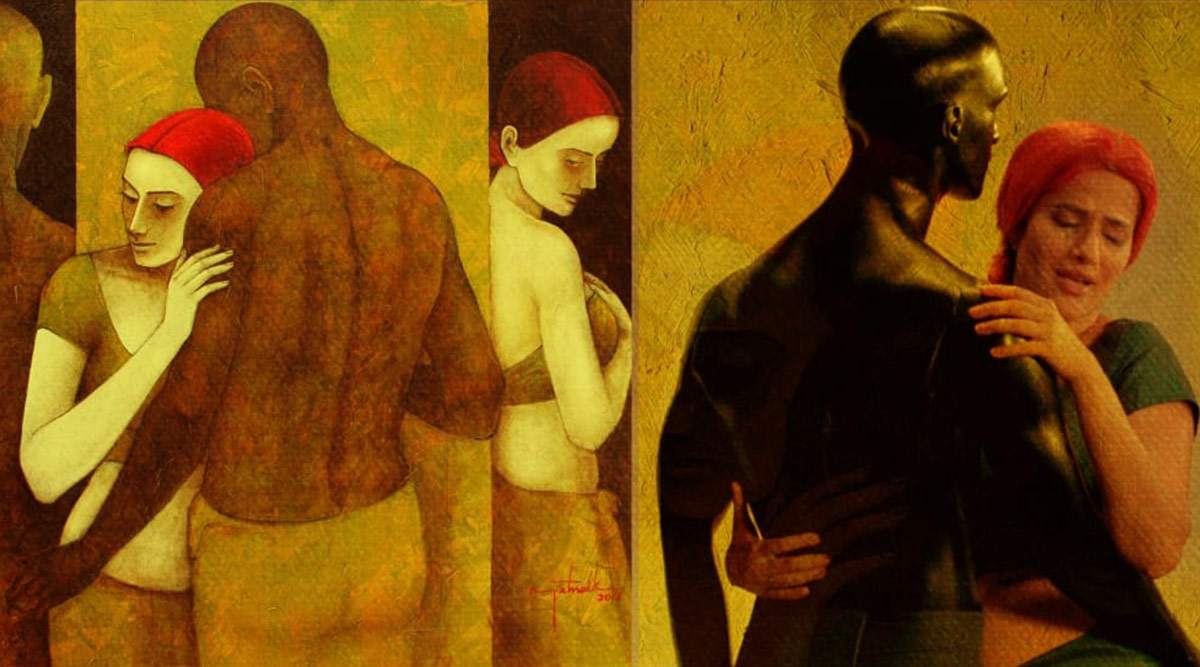 Singer Sona Mohapatra is set to release a music video inspired by the paintings of artist Asit Kumar Patnaik. The video features Sona donning red hair like Patnaik's semi-clad muse does in his works across a two-decade career, and captures complex emotions of a woman in a man's world, navigating desire and other intricate feelings as in like his paintings. Patnaik's paintings feature semi-clad male figures and a repeated motif of a sensual but robust red-haired female figure. Sona Mohapatra Criticizes Jacqueline Fernandez, Bhumi Pednekar and Taapsee Pannu’s Lip-Syncing Skills.

This music video was conceptualised by Sona. She met Patnaik a couple of years ago in his studio in Delhi following a concert, after being a fan of his work for close to a decade. Sona feels that the red-haired muse of Patnaik deeply resonates with her artist alter ego, Lal Pari Mastani, also a moniker her fans know her by for over a decade. "Nit khair manga" will be her maiden collaboration with Patnaik. Sona Mohapatra on Violence Against Women On Tiktok: ‘We Grew Up With Stories Of Salman Khan Breaking Bottles On His Girlfriend’s Head In Public’.

"I deeply connect with Asit's work, his art holds a place of pride on my walls and I have been waiting for many years to do an art-music collaboration like this. Few know that I was a keen student of painting myself. I am doubly excited that this music video is releasing at a time when the whole world has slowed down in the pandemic," said Sona.

"For me, personally, there couldn't have been a more incredible and fulfilling experience that doing something fresh and new instead of the usual music video format. There's a spiritual quality to the 'Nit khair' song that finds synergy with the mystical and sensual quality of Asit's paintings. I hope the languid pace, uplifting music and art in this music video makes people feel better in these anxious and uncertain times," she added.