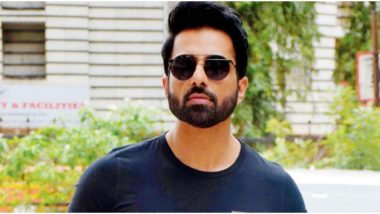 Bollywood actor Sonu Sood has done it again. When a social activist sought help from him for Varanasi boatmen who were going without food due to floods, the actor was prompt in reaching out. Social activist Divyanshu Upadhyaya on Tuesday tweeted to actor Sonu Sood about families of 350 boatmen who ply boats on the Ganga River in Varanasi, were going without food because they were unable to ply boats due to floods. Within an hour, Sonu Sood responded to the tweet and wrote, "No member of these 350 families of Varanasi Ghats will sleep hungry after today." Sonu Sood Reveals He Is Getting Offers to Join Politics Since a Decade Now, Says ‘Will Focus on Acting and Try Not to Sail in Two Boats’

Thereafter, Sood's associate, Neeti Goel, called Upadhyay and assured him that ration kits will be made available to them in Varanasi itself within one hour. "We got 350 ration kits from the actor within no time. Each kit contained 5 kg flour, 5 kg rice, 2 kg gram, a packet of spice and other eatables. Out of 350, 100 kits were immediately distributed among the families of the boatmen on Wednesday," said a member of Upadhyaya's team. Sonu Sood Offers to Help Students From Remote Areas to Reach Examination Centres For JEE, NEET Exams.

They were thrilled that the ration sent by you.

Pottery, their only livelihood was first threatened by plastic cups and now #lockdown.

Let’s not lose the skills with this generation due to starvation. #SpreadHope pic.twitter.com/XP9vhH8gnv

Divyanshu Upadhyay, who runs a non-profit organisation called Hope, said that the payment to the local vendor has been done by Sood. Upadhyay said that during the lockdown, 'Hope' had been distributing relief items among the boatmen fraternity, but the 200 relief hampers that they had, proved to be insufficient. "I tweeted to Sonu Sood because I had heard of the immense work he has been doing to help people and he promptly responded to our call and took action," he said.

(The above story first appeared on LatestLY on Sep 03, 2020 11:57 AM IST. For more news and updates on politics, world, sports, entertainment and lifestyle, log on to our website latestly.com).