Sooryavanshi: Katrina Kaif Shares a Picture With Akshay Kumar and Director Rohit Shetty, Says 'Everyday On Set Has Been Full Of So Much Love and Joy' 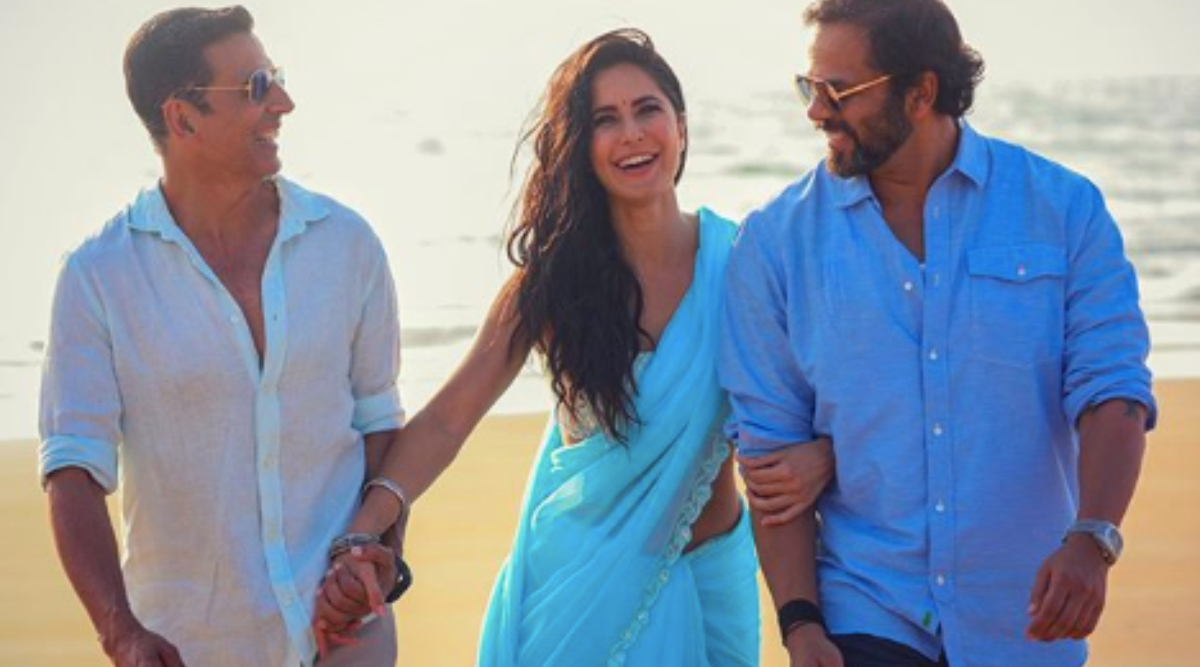 Katrina Kaif is all set to share screen space with Akshay Kumar again with Rohit Shetty's upcoming film Sooryavanashi and fans are all excited for it. The film is all set to arrive in theatres on March 27, 2020 and ahead of that, Katrina is making sure that we get a good glimpse of all the fun they have had on the sets of the film. The actress took to Instagram to share a picture featuring herself along with Akshay and Rohit from the sets of the film and we have to say they look like one fun trio. In the picture, we see Katrina sporting a gorgeous blue saree. Sooryavanshi: Akshay Kumar, Ranveer Singh and Ajay Devgn's New Glimpse of the Cop Universe Is Similar to Avengers Scene.

Sharing the photo from the set Kat wrote "A perfect start to the year ....friends , laughs , smiles , onset ....... the best crew entire team , everyday on set has been full of so much love and joy , just how films should be made .... see u in cinemas March 27 th #sooryavanshi @itsrohitshetty @akshaykumar." This film is special for Akshay and Katrina's fans because the duo are working together again after ten years.

Check Out the New Picture Here:

A perfect start to the year ....friends , laughs , smiles , onset 🎥 ....... the best crew entire team , everyday on set has been full of so much love and joy , just how films should be made ❤️.... see u in cinemas March 27 th 🌟💛 #sooryavanshi @itsrohitshetty @akshaykumar

Sooryavanshi marks Katrina’s first film with Rohit Shetty. Recently, on Neha Dhupia’s podcast No Filter Neha, the filmmaker spoke about working with Kaif and said that she asks “too many questions”. He further added saying, "She is wearing a normal salwar kameez, she is playing a doctor in the film. And she is like, ‘Is this right?’ So much theory, I can’t do. After a point, I am switched off."Sooryavanshi: Akshay Kumar Introduces us to Bollywood's Cop Universe with Ajay Devgn's Singham and Ranveer Singh's Simmba (View Pic).

The film will also have special appearances from Ranveer Singh and Ajay Devgn given that they are also a part of Shetty's cop universe and will have a special scene in this film. Sooryavanshi is all set to release on March 27, 2020.