The Apex Court has ordered for CBI investigation in the actor's suicide case and the agency will take over the case from Mumbai Police. 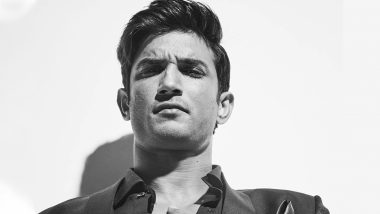 Supreme Court has finally announced its big decision in Sushant Singh Rajput's death probe. The Apex Court has ordered for CBI investigation in the actor's suicide case and the agency will take over the case from Mumbai Police. The court began pronouncing its verdict on Rhea Chakraborty's petition seeking the transfer of the case from Patna to Mumbai and announced its decision of handing over the case to CBI. Sushant Singh Rajput Death Case: Mumbai Police Not Cooperating, Obstructing Fair Investigation by Bihar Police, Says Sushil Kumar Modi.

Sushant's family was diligently voicing their concern for the actor's death probe and they were unhappy with the investigation carried on by the Mumbai Police. Finally, his father filed an FIR against the actor's girlfriend, Rhea Chakraborty for conspiracy and abetment to suicide. Since his FIR was filed in Patna, Bihar Police got involved in the case and what followed next was a tussle between them and Mumbai Police. Ankita Lokhande Reminisces Late Sushant Singh Rajput's Journey From Pavitra Rishta To Dil Bechara (View Post).

While Bihar Police had already recommended transferring the case to CBI, Mumbai Police was unwilling to hand over their matters, However, now with Supreme Court ruling in the favour of CBI, there's no way for them to challenge this decision. Sushant's family is certainly happy with the verdict and is looking forward to CBI's involvement.

(The above story first appeared on LatestLY on Aug 19, 2020 11:17 AM IST. For more news and updates on politics, world, sports, entertainment and lifestyle, log on to our website latestly.com).