Sandip Ssingh, who was Sushant Singh Rajput's friend, has slapped a defamation case on a news channel and has also asked a compensation of Rs 200 crore. 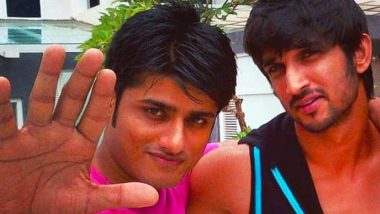 The tables have turned these days. Many news channels that have been screaming about bringing justice to Sushant Singh Rajput after his death, nearly implicating the whole of Bollywood, are facing the music now. Interestingly and finally, many leading production houses which have names like Akshay Kumar, Shah Rukh Khan, Salman Khan, Aamir Khan behind them, have sued the news channels for the same. Sandip Ssingh too has done the same and slapped a Rs 200 crore defamation case against a news channel. Sushant Singh Rajput Case: Sandip Ssingh Shares Whatsapp Chats With Late Actor and His Sister to Make His Case (See Pics)

In his notice to the channel, which he shared on Instagram, Sandip has mentioned all the instances where his name was dragged in the discussions and debates. He also captioned the post as 'Payback time'.

Ssingh drew a lot of flak when his claims of being close to Sushant came to nothing when the actor's family revealed they didn't know him. Also, it was later revealed that Ssingh has not been in touch with Rajput for almost a year before his death. He had shared WhatsApp chats with the actor's sister to prove them wrong.

(The above story first appeared on LatestLY on Oct 15, 2020 01:58 PM IST. For more news and updates on politics, world, sports, entertainment and lifestyle, log on to our website latestly.com).