Vidyut Jammwal: I Sustained In Bollywood Thanks To True Friends Who Believed In Me! VIDEO

Vidyut Jammwal dismisses the notion straight away. If one argues with him that true friendships don't exist in B-town, the hunk simply discards the myth. "Nahi, aisa kuch nahi hai. Sab mithya hai," he insists. 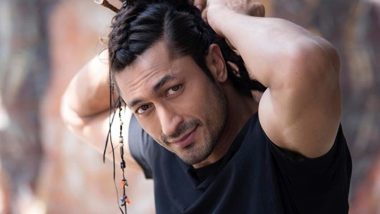 Vidyut Jammwal is quick to give credits to his friends who believed in him, in his talent and he has no qualms in thanking them for he stresses that he has sustained in B-town since 2010 only because of their genuine love and friendship. "Just because the top notch Bollywood star is not your friend that doesn't mean that Bollywood is an isolated place, where true friendships don't survive," Vidyut clears the air straightaway. His confession is noteworthy given the momentum the debates revolving around nepotism and the "clan-ish" nature of the film industry is gaining.

Vidyut dismisses the notion straightaway. If one argues with him that true friendships don't really exist in B-town, the hunk simply discards the myth. "Nahi, aisa kuch nahi hai. Sab mithya hai," he insists. Vidyut Jammwal Opens up About Calling Out Disney+ Hotstar: 'I Don’t Know If the Cycle Will End, but It’s My Job to Stand up for Myself'

Jammwal is excited about his recent release 'Yaara'. The Tigmanshu Dhulia's endeavour revolves around four friends and their arduous journey. In his exclusive chat with LatestLY, the 39-year-old actor talks about surviving in the industry, getting better with his craft and the true friends he always counts on. Take a look at the exclusive video below.  Mera Intezaar Song from Khuda Haafiz: Vidyut Jammwal and Shivaleeka Oberoi's Beautiful Song About Love and Longing is a Gem (Watch Video)

He also discusses the people he draws inspiration from (from Akshay Kumar to Ajay Devgn) and tells us why the film industry is not exactly an isolated place as it is made out to be. "I have been a professional fighter and I know how to bounce back every time. The mental strength comes naturally to me given the fact that I come from the family of army men," stresses the hunk who has been internationally acclaimed as one of the top 10 men in the world you should not mess with!

(The above story first appeared on LatestLY on Aug 11, 2020 04:02 PM IST. For more news and updates on politics, world, sports, entertainment and lifestyle, log on to our website latestly.com).