Vir Das to Quit Social Media for 2 Months, 'Got Something Special to Write' Announces the 'Go Goa Gone' Actor 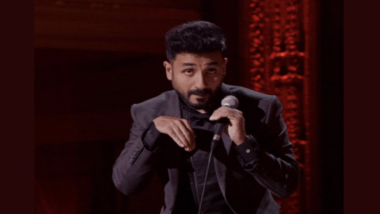 Earlier in the day, The Go Goa Gone actor had tweeted: "Leaving the Edinburgh Fringe Festival having done 11 shows, but having seen about 40 that blew my mind. That's the beauty of this festival. it's more input than output. You leave exhausted but strangely inspired and motivated." ‘Go Goa Gone’ Sequel Is Better and Crazier Than the First Film, Says Actor Vir Das

Next two months are going to be a little bit of a social media detox. Got something special to write. 🙂

Vir has featured in films like Delhi Belly, Badmaash Company and Go Goa Gone. In 2017, he entered the international stage with his Netflix special "Abroad Understanding". In 2019, he made his debut in American television with the television series Whiskey Cavalier

(The above story first appeared on LatestLY on Aug 12, 2019 11:40 AM IST. For more news and updates on politics, world, sports, entertainment and lifestyle, log on to our website latestly.com).