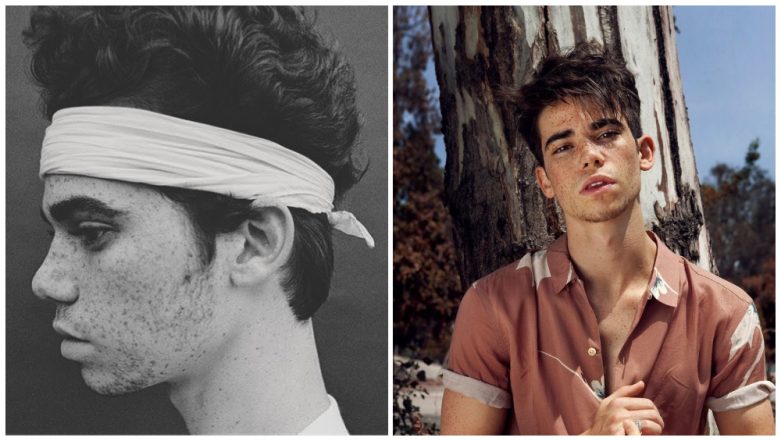 In the age of social media, the world is going to see the last pictures and videos of the deceased. We saw it happening in the case of MTV Ace of Space contestant, Danish Zehen. His videos and pictures, clicked just hours before his death, are going viral on social media. Now, it's repeating with Cameron Boyce. The 20-yeard-old Disney Channel star passed away in his sleep due to a seizure from an undisclosed medical condition. After the news of his death, fans are taking to his final picture on Instagram and posting heartfelt condolences. The picture is a beautiful black and white mugshot of Cameron Boyce capturing him in his raw beauty. Cameron Boyce Death: Here Are A Few Things You Need To Know About The Late 20-Year-Old Star.

The picture by Cameron was posted just a few hours before his death. He has not captioned the picture, but from tags, it looks like it was for a fashion catalogue. Celebrities like James Charles, Alex Stokes, Blake Gray posted in the comments section along with thousands of thousands of fans who are grieving. The picture currently has 3.8 million likes and only growing. Descendants Fame Cameron Boyce Passes Away at Age 20, Twitterati Mourn the Death of Disney Channel Star.

Today, in the morning, a spokesperson spoke to ABC News on behalf of the Boyce family. “He passed away in his sleep due to a seizure which was a result of an ongoing medical condition for which he was being treated. The world is now undoubtedly without one of its brightest lights, but his spirit will live on through the kindness and compassion of all who knew and loved him. We are utterly heartbroken and ask for privacy during this immensely difficult time as we grieve the loss of our precious son and brother," they said.

Cameron landed his first acting job at the tender age of 9. Since then he had been active in the industry. His most popular role was Luke Ross in popular Disney show Jessie. He also starred in Grown Ups alongside Adam Sandler.