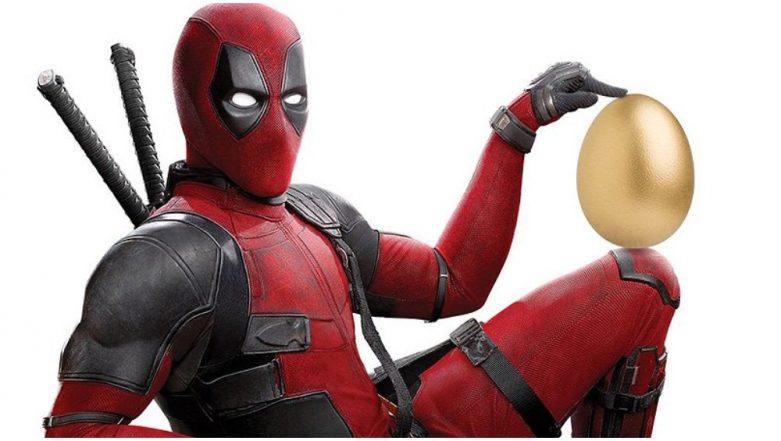 ENTER AT YOUR OWN RISK! For the below post is full of SPOILERS! As you are aware, the biggest release of this week is Deadpool 2. Thanks to the pre-release buzz and the good reviews, Deadpool 2 is all set to take a mammoth opening both in India and overseas. Deadpool 2 brings back Ryan Reynolds as the mutant with the knack of making digs on everything under the sun and for breaking the fourth wall. Josh Brolin plays the anti-hero, Cable, a time-travelling mutant. Deadpool 2 also stars Zazie Beetz, TJ Miller, Morena Baccarin, Julian Dennison, Jack Kesy, Eddie Marsan and Karan Soni.

Having seen the movie two days before the official release date, I can assure you that Deadpool 2 is comedy gold and is a huge improvement from the first film. There are some really terrific gags and surprises and a couple of unexpected cameos. It will definitely require a couple more watches to catch all the Easter eggs and jokes in the movie. But I am sure you will get all the major ones in the first watch itself!

So let's check out what we feel are nine of the best jokes and surprises in Deadpool 2, where even the lead actor's career or country isn't spared from getting trolled.

Deadpool 2 begins with a big FU to Logan as Wade is quite annoyed with Wolverine for raising the benchmark with his death. There is some foreshadowing here for how it will end for his own character here (before Cable changes everything). As the movie progresses, Deadpool takes more digs on Logan's lead actor Hugh Jackman. And there is more too...

After a tragic scene in the opening act, Deadpool 2 has the audacity to get into more jokes with its opening credits. Riffing off James Bond movies' opening credits scenes, we see Deadpool in various seductive poses, posing to the beats of Celine Dion's Ashes. The best bit is the credits where the movie borrows the nonsensical way of announcing the cast and crew from the first film. Sample this, Directed by - One of the Guys Who Killed John Wick's Dog (David Leitch, the director of Deadpool 2, also co-directed John Wick).

In both the Deadpool movies, the character makes self-digs at the studio for not managing to bring in proper X-Men characters in the movies. However, the sequel makes a surprising turn with this idea. Deadpool is seen playing with Professor X's wheelchair before ranting off to Colossus on how Deadpool only sees Colossus and Negasonic Teenage Warhead in the empty mansion. And then to our shock we see James McAvoy’s Professor X, Evan Peters’ Quicksilver, Nicholas Hoult’s Beast and Tye Sheridan’s Cyclops in a room before the Beast closes the door. But Deadpool is oblivious of their presence as he goes on full-rant!

There is not a single pop culture reference that Deadpool 2 doesn't make a joke on (Even Stranger Things isn't spared). But the best jokes are reserved for Marvel and DC. DC, particularly, gets the worst jabs considering that Deadpool actually touched their painful spots, that also results in some hilarious jokes. Like when Wade tries to explain to Vanessa why he is late, he mentions about fighting a badass caped guy whose mother's name was Martha. Ouch! Later when Cable asks him, 'What are you?', Deadpool replies to him in a growling voice, " I'm Batman!' That really came out of nowhere!

To take down Cable and save a young mutant from being killed, Deadpool hires some less-popular mutants to form a team called X-Force. From the process of hiring the members to Deadpool's pep talk in the plane to the near-extermination of the whole team even before the mission (poor Peter!) - the whole thing is an exercise in making you laugh your guts out. You will both cringe and chuckle in seeing most of the X-Force members getting killed brutally (only Domino is saved thanks to her luck factor) in various ways. Only because Deadpool fail to gauge wind direction while parachuting. And speaking of dead mutants...

X-Force consists of Zazie Beetz's Domino, Terry Crews' Bedlam, Bill Skarsgard's Zeitgeist, Lewis Tan's Shatterstar, and Rob Delaney's everyday man Peter. And then there is Vanisher, a mutant who stays invisible and never turns up for the auditions (yet gets recruited). However, when the X-Force members get killed due to the faulty landing, the Vanisher lands himself on an electric wire and gets electrocuted to death. In the process, we also find out that he was played by, gasp, Brad Pitt! It is one of the most unexpected cameos in recent times, even if Pitt was only in the movie for a couple of seconds.

As Deadpool tries to save Firefist from the convoy truck, he also releases a dangerous mutant in the process, the Juggernaut, who tears him in half. But since Deadpool has regenerative skills, we see him recuperating at Blind Al's house growing baby legs (and something more). It leads to some surprised reactions from other cast members in the scene, and some of the best zingers from the under-utilised Weasel, played by the controversial star TJ Miller.

The good-hearted, well-meaning Colossus has a strange equation with Wade Wilson from the first movie, which flows in the sequel too. After recruiting Deadpool in the X-Men as a trainee, Colossus is disappointed when Wilson doesn't play by the rule and kills a man. Later, Wilson tries to woo him back by standing outside the X-Men mansion and playing a song through a tape-recorder a la John Cusack from Say Anything. The movie has some guitly laughs over the gay jokes made on Deadpool and Colossus's friendship (Vanessa even tells Wilson, 'Don't f**k Colossus!').

I won't ruin the post-credits scene much because it has to be seen to be believed. All I can say that it involves a time-travelling, cleansing method where Deadpool goes back in time to correct certain wrongs done in the movie, as well as in other superhero movies the lead actor has been a part of! Also, Wolverine is back, though it is not a new scene! The best post-credit scene ever!

Deadpool 2 is scheduled to release in India on May 18. So are you ready for more Wade Wilson mayhem? Share your thoughts in the comments section below.