With starring in movies like Fight Club and the Harry Potter films, Carter surely racked up quite the filmography. Not only that, but she has a knack for starring in stuff that is dark, weird and just outright bonkers at times. 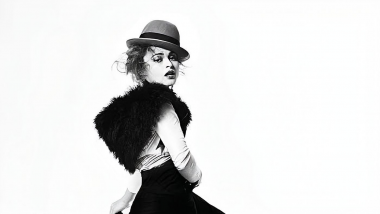 Helena Bonham Carter is a powerhouse of talent. Striking a unique appearance every time, you won’t be able to take your eyes off from her whenever she is on screen. Playing challenging roles, and at times extreme psychopaths, she has the ability to become a chameleon and just lose herself in the role. That’s the brilliance of Helena Bonham Carter. Helena Bonham Carter Birthday: 5 Brilliant Trasnformations for Her Roles That Stunned Us.

With starring in movies like Fight Club and the Harry Potter films, Carter surely racked up quite the filmography. Not only that, but she has a knack for starring in stuff that is dark, weird and just outright bonkers at times. So, to celebrate Helena Bonham Carter’s 56th birthday, let’s take a look at five of her best films according to IMDb. Enola Holmes 2: Helena Bonham Carter Returning For the Sequel of Millie Bobby Brown, Henry Cavill's Netflix Film.

The beginning of the end for the Harry Potter saga, this was a film that brought the emotional punch. With Harry and the gang doing their best to evade Voldermot’s advances, this is a film that will have you in tears during some of the scenes. Carter as always, nails her role of Bellatrix Lestrange.

A story about friendship at its core, The King’s Speech stars Colin Firth and Lionel Logue. It sees an Australian speech and language therapist help King George VI with his stammer. Carter plays the role of Queen Elizabeth, and just encapsulates that Victorian aura.

Tim Burton’s Big Fish sees a son not being able to distinguish fact from fiction as his father is dying. The film is a great father and son story that has those Tim Burton characteristics to it. Filled with a stacked cast involving Carter as well, this is a film that you should check

The finale is here, and you better carry some tissues. With Harry and team taking a final stand against Voldermot’s army, everything comes to a close here. Also, for those who absolutely hate Bellatrix, there is very satisfying scene here.

David Fincher’s most talked about movie, the movie sees an average every day joe team up with a soap seller to start their own underground fight club. Carter plays the love interest of our protagonist, and their chemistry here is quite great. With the third act being extremely crazy, this is something you definitely need to check out.

We can’t wait to see what Helena Bonham Carter has next up her sleeve. With this, we finish off the list and wish her a very happy birthday.

(The above story first appeared on LatestLY on May 26, 2022 11:12 AM IST. For more news and updates on politics, world, sports, entertainment and lifestyle, log on to our website latestly.com).