The Man of Steel over the decades has been subjected to many interpretations, and Henry Cavill’s version of him was different in some way, but still similar in many. What he added was an internal conflict within Superman that actually made him feel like a god and a human too. 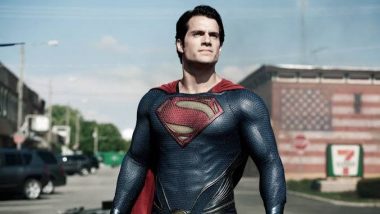 When talking about actors with suave and charm to them, Henry Cavill is the first actor that will come to your mind. Extremely classy and with all the good qualities of a leading man, Cavill has showcased that he can lead a huge cast and bring a certain level of charisma to his films. This has been made abundantly clear with his roles in films like Enola Holmes and The Man From UNCLE. But, when talking about Henry Cavill, there is one role that will always come to your mind first, and that’s of Superman. Zack Snyder’s Justice League Movie Review: A Love Letter to DC Fans (LatestLY Exclusive).

The Man of Steel over the decades has been subjected to many interpretations, and Henry Cavill’s version of him was different in some way, but still similar in many. What he added was an internal conflict within Superman that actually made him feel like a god and a human too. So, to celebrate Henry Cavill’s 39th birthday, let’s take a look at five of his best moments as Superman. Argylle: Henry Cavill Shares First Look at Him and Dua Lipa in Matthew Vaughn's Upcoming Spy Thriller! (View Pic).

After Zod arrives at the Kent farm and starts threatening Martha Kent, in a fit of rage Superman flies like a speeding bullet and pummels Zod throughout the entirety of Smallville. It’s a very humanising scene that will tell you to not mess with Superman’s mother.

Clark and Zod’s fight in Metropolis is filled with shockwaves and Earth-shattering punches. The fight does a great job at showcasing these two gods duking it out in a city-like environment, and the stakes are through the roof here.

While I did wish the scene would have been a bit longer, it still did a great job at bringing out the emotions. After being revived and realising that he has to go help the Justice League, Clark goes back to the scout shit to don his new suit. What follows is a monologue by Pa Kent and Jor-El that brings everything back to a full circle since Man of Steel.

The first flight sequence showcases the excitement of Superman finding out that he can fly, and boosted by Zimmer’s score, oh what a scene it is. Breaking the sound barrier as he takes to the sky, this scene is everything that you would expect from Superman.

The great part about this scene is that it showcases Superman actually saving the entire Earth, and the emotions here are extremely hight. At the centre of this scene we have Perry White trying to save his colleagues, but then it cuts back to Clark who is giving it his all to destroy this Kryptonian machine. Also, there is a moment where Cavill’s face briefly turns into Christopher Reeves’, and its beautiful.

We really hope Henry Cavill returns as Superman sometime in the future, because if he is truly done with the role, then it’s a huge shame. With this we finish off the list and wish Henry Cavill a happy birthday!

(The above story first appeared on LatestLY on May 05, 2022 09:48 AM IST. For more news and updates on politics, world, sports, entertainment and lifestyle, log on to our website latestly.com).