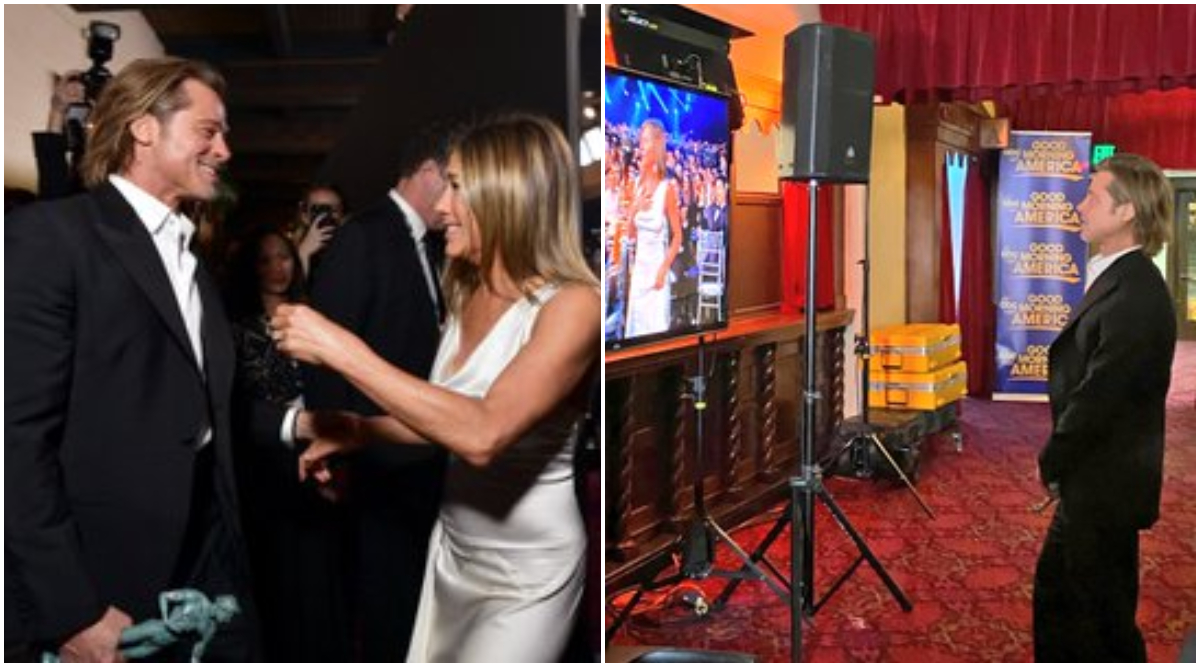 Hollywood's most talked-about ex-couple, Jennifer Aniston and Brad Pitt have become the talk of the town and how. The duo recently attended the Screen Actors Guild Awards 2020 and gave internet's its most-awaited moment, a picture of their reunion backstage. Brad and Jen both won awards on Sunday night for their performances in Once Upon A Time In Hollywood and The Morning Show respectively. Their picture became an internet sensation and later a video of Brad Pitt stopping everything to catch Jennifer Aniston's SAG acceptance speech went viral. SAG Awards 2020: Brad Pitt and Jennifer Aniston Give Netizens their 'Moment of the Year' With THIS Reunion Picture!

The video saw Brad saying "Oh wow" and getting emotional. After the award ceremony, Aniston was recently told about Pitt's reaction to her win and how he stopped to watch her speech and the Friends star had an amazing reaction to it. Speaking to E News, she said, "It means everything. We all grew up together. This whole room. Their performances move me and excite me! We’re part of a community together…it’s nice to have a night where you dress up and celebrate together.”

Giving a reaction to him crying watching her accept the award, Aniston at first exclaimed "No!" and after the reporter assured her that it was true, she was quoted saying, "Sweet".

Despite Brad Pitt and Jennifer Aniston splitting almost fifteen years ago, fans of the couple could not gather their excitement as they saw them together in the reunion picture. Twitterati even started shipping for the couple to get back together as several users wrote, "they belong together' sharing the viral picture.