Jennifer Garner Birthday: Did You Know The Actress Was Credited 'The Woman In The Elevator' In Debut Film Deconstructing Harry?

Jennifer Garner's first movie has quite an interesting name for her. She was credited as The Woman In The Elevator despite being a known TV face in the 90s. It was for a Woody Allen film titled Deconstructing Harry. On her birthday today, learn all about her role in the film. 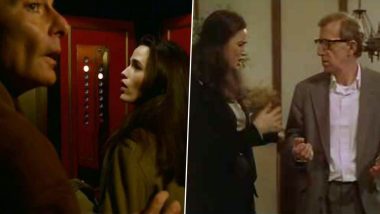 Jennifer Garner is one of the most dignified actresses in Hollywood. She has taken up issues and worked on them which may not have crossed anyone's mind. A strong lady and a strong human. While TV was highly rewarding, her debut film gave her a raw deal. According to many reports, Jennifer Garner worked in Woody Allen's Deconstructing Harry but was credited as 'The Woman In The Elevator.' There are many reports which claim that Garner had quite a few sequences in the film but they were mercilessly chopped. Jennifer Garner Says She Would Love to Star in Alias Reboot If It’s Happening!

We are talking about 1997 here. What is surprising here is that Jennifer Garner wasn't a rookie then. She had a lot of credible and hit TV behind her like Rose Hill, Law & Order and others. It's still unclear why Garner's role was so tragically shortened but then talent never is curtailed. She rose to fame with movies like Pearl Harbour and the unforgettable 13 Going 30. Jennifer Garner’s Amazingly Honest Response to a Netizen Asking Her If She’s Pregnant Wins the Internet! (View Post)

Check out the trailer of Deconstructing Harry

Jennifer Garner has teamed up with Netflix yet again for Family Leave which she will star and bankroll.

(The above story first appeared on LatestLY on Apr 17, 2021 09:10 AM IST. For more news and updates on politics, world, sports, entertainment and lifestyle, log on to our website latestly.com).