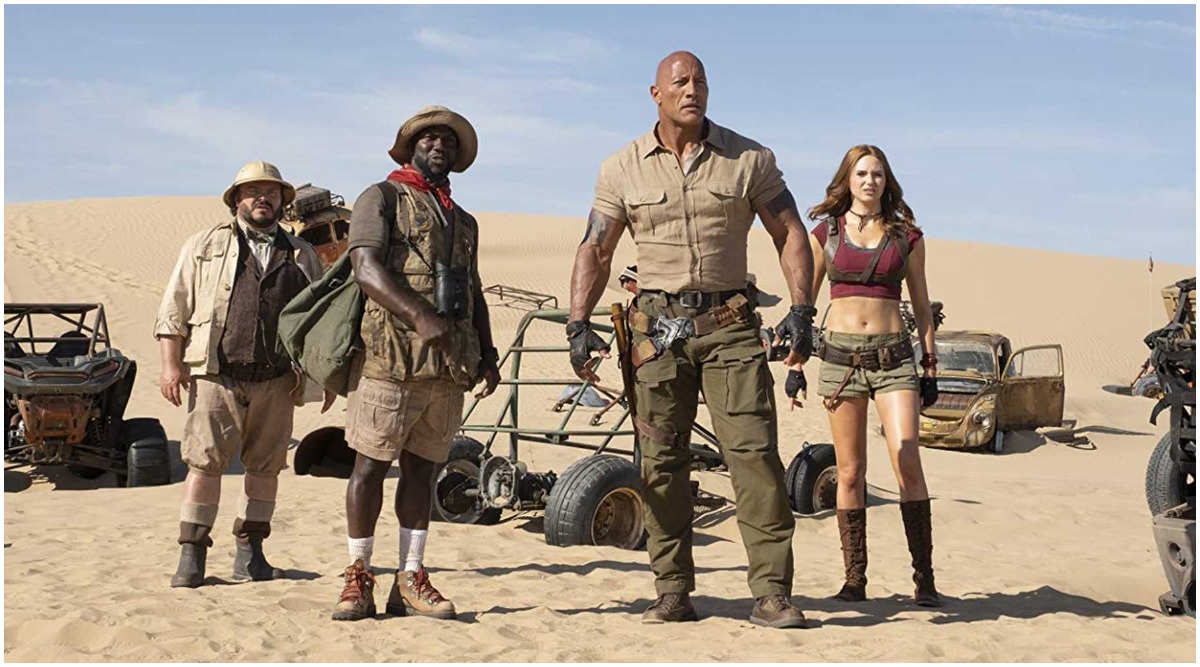 After the massive success of Jumanji: Welcome To The Jungle, Dwayne Johnson, Karen Gillan, Kevin Hart, Jack Black and Nick Jonas are back with another film in the franchise, Jumanji: The Next Level. Going by the film's title and the critics reviews, it seems the film did take things to the next level as it received positive responses. Particularly actor Kevin Hart's performance has won a lot of praises. This is the first film starring the actor-comedian ever since his car accident this year.  Frozen 2 Full Movie in HD Leaked on TamilRockers for Free Download, Watch Online on YesMovies in Hindi & English: Disney Film Target of Online Piracy Threat.

Within days of its release, the film has now been leaked on the piracy website, Tamilrockeras. The site has been known to have leaked films illegally on many occasions in the past but no action has been taken against it as of yet. Jumanji: The Next Level full movie in HD leaked on TamilRockers for free download. Also portions of Jumanji: The Next Level dubbed in Hindi are available on websites such as YesMovies, FMovies, 123MovieRulz, Online Movies Watch and more. It is claimed Frozen 2 is available in 1080p HD, 480p, 720p as well as in cam-rip versions.

After we saw Dwayne Johnson and team take to the Jungle while playing the deadly game, this time in Jumanji: The Next Level , the team will be travelling across different terrains from deserts to snow-clad mountains. Although it looks like even as the team may have succeeded in playing this survival game in the film, they definitely lost at saving it from the piracy giant.

It is indeed surprising that authorities haven't been able to deal with the issue of piracy yet and it is disappointing to see such good films falling prey to these illegal websites. Piracy affects the film's box office business and we hope authorities can put a fullstop to this soon.