North has painted a beautiful scenery of ice-capped mountains, trees and a beautiful sky. People slammed the little artist saying that it was not her painting. 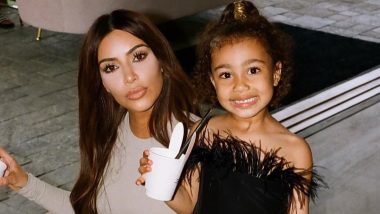 Kim Kardashian is one of the most active social media users. From posting about her new products to showing off her curvy body in stunning outfits, Kim sure knows how to keep her fans engaged. But more than the glam photoshoots and business, her fans love when the reality star posts pictures and videos of her little munchkins. Kim is very invested when it comes to spending time with her kids and has often expressed the fact that she would never mind criticism about her but won't tolerate it when it comes to her kids. Kim Kardashian & Kris Jenner Call out Beauty Guru for His 'TikTok Scam' After His Prank Videos Go Wrong! Here Are All The Stars Who Fell For The Fun Challenge.

We got a glimpse of the same when netizens mocked her eldest daughter North West for her painting. North has painted a beautiful scenery of ice-capped mountains, trees and a beautiful sky. People slammed the little artist saying that it was not her painting and Kim had posted a picture of a painting made by one of North's friend claiming that it was hers. Reading all the news pieces, Kardashian was agitated and took to Instagram to slam the trolls.

On a story, she wrote, “Don’t play with me when it comes to my children. I’m seeing op-ed pieces in the media and social media from grown adults breaking down whether or not my child actually painted this! How dare you see children doing awesome things and then try to accuse them of NOT being awesome?” She added that she is proud of her daughter's talent and seen how she has grown to become a beautiful artist whom she will always encourage to do great things. She went on to post a picture of North holding her painting as well. 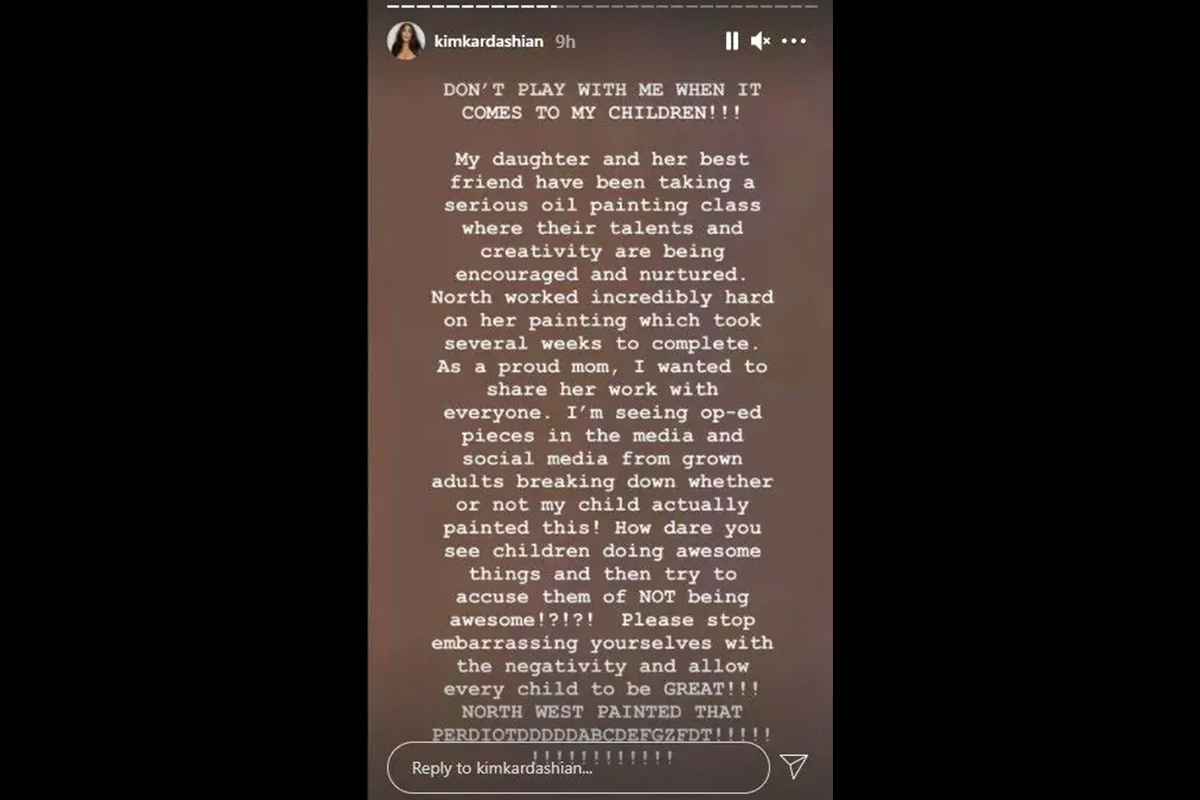 On the work from, we will see Kim in the finale season on Keeping Up With The Kardashians (KUWTK) now. In this season we will possibly see discussions around Kim Kardashian and Kanye West's marriage problems and a possible divorce. A source close to the development said that the breaking relationship of Kim and Kanye's will feature heavily in the final storyline as they make their exit from the reality show. KUWTK is ending after more than a decade-long run and 20 seasons on E! later this year. Kanye West Cheated on Kim Kardashian West with Jeffree Star? Everything You Want to Know About the Rumour That Took over Twitter & TikTok.

Kim and Kanye had reportedly separated earlier during the lockdown. They are currently negotiating the terms of a divorce after nearly seven years of marriage. They have four children: daughter North, son Saint, daughter Chicago, and son Psalm and Kim and Kanye will be co-parenting them in the future. Kim is being represented by LA power divorce attorney Laura Wasser and it is said that even Kanye doesn't mind going different ways now. Various sources disclosed that they are in settlement conversation to agree on accounts and how to part their properties.

(The above story first appeared on LatestLY on Feb 10, 2021 03:05 PM IST. For more news and updates on politics, world, sports, entertainment and lifestyle, log on to our website latestly.com).