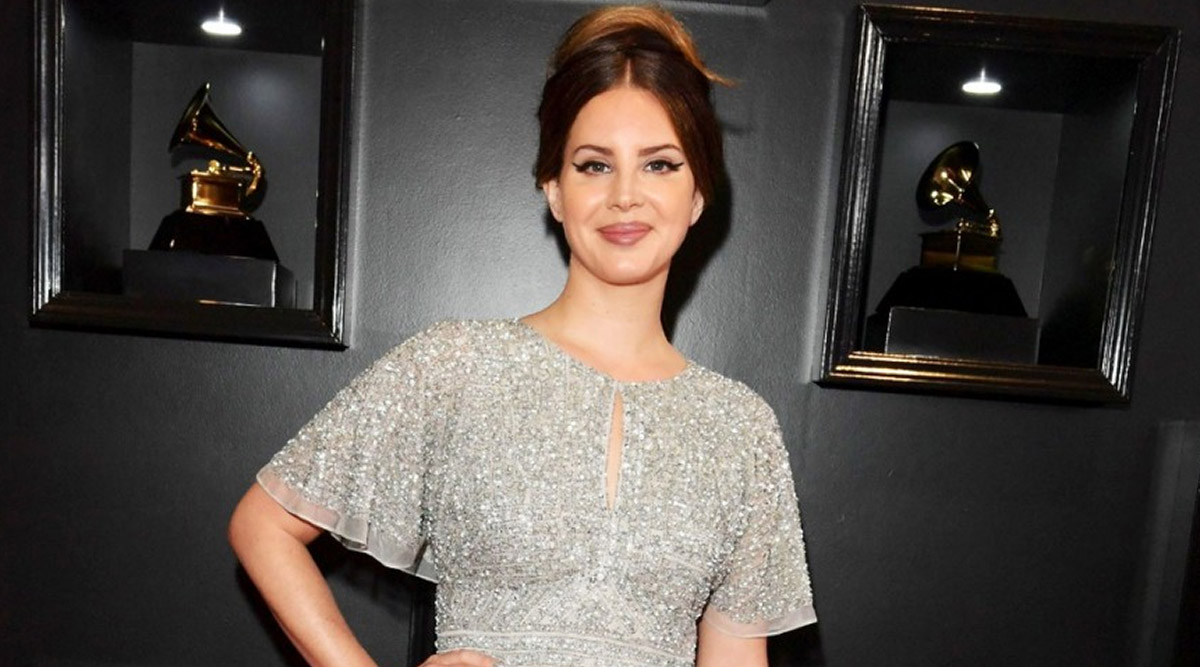 Popstar Lana Del Rey has hit back at her critics who say that she "glamorises abuse". Announcing her new album, a follow-up to her 2019's 'Norman Fucking Rockwell', the 34-year-old singer posted a long statement on her official Instagram page and said she is "fed up" with being "crucified" all the time. Lana called out the double standards of the critics for not pointing fingers at her fellow female singers Doja Cat, Ariana Grande, Camila Cabello, Cardi B, Kehlani, Nicki Minaj and Beyonce, who "have had number ones with songs about being sexy, wearing no clothes, f***ing, cheating, etc." Selena Gomez Is Working on New Music in Quarantine, Singer Has Set Up a Small Recording Studio at Her Home (View Pic)

"Can I please go back to singing about being embodied, feeling beautiful by being in love even if the relationship is not perfect, or dancing for money – or whatever I want without being crucified or saying I'm glamorising abuse?" she said. "I'm fed up with female writers and alt singers saying that I glamorise abuse when in reality I'm just a glamorous person singing about the realities of what we are all now seeing are very prevalent abusive relationships all over the world," she added. The singer said the critics have blamed her "minor lyrical exploration detailing my sometimes submissive or passive roles in my relationships" for setting "women back hundreds of years". Dua Lipa Reacts to Gigi Hadid’s Pregnancy With Zayn Malik; Here’s What the British Singer Has to Say.

"Let this be clear, I'm not a feminist but there has to be a place in feminism for women who look and act like me – the kind of woman who says no but men hear yes – the kind of woman who is slated mercilessly for being their authentic, delicate selves, the kind of women who get their own stories and voices taken away from them by stronger women or by men who hate women," she added. Lana said she had been "honest and optimistic" about her "challenging" relationships and believes that is something common for almost every woman.

"And that was sadly my experience up until the point that those records were made. So I just want to say it's been a long 10 years of bullshit reviews up until recently and I've learned a lot from them but also I feel it really paved the way for other women to stop ‘putting on a happy face' and to just be able to say whatever the hell they wanted in their music," she added. However, the post was criticised by many on social media for especially targeting her fellow artistes of colour.

Lana defended herself, saying the singers she mentioned in her statement were her "favourite singers". "It doesn't change the fact that I haven't had the same opportunity to express what I wanted to express without being completely decimated and if you want to say that that has something to do with race that's your opinion but that's not what I was saying," she wrote in the comments. The singer's new album will release on September 5.