Nick Jonas Says Priyanka Chopra's Laugh is His Favorite as He Shares THIS Adorable Picture! 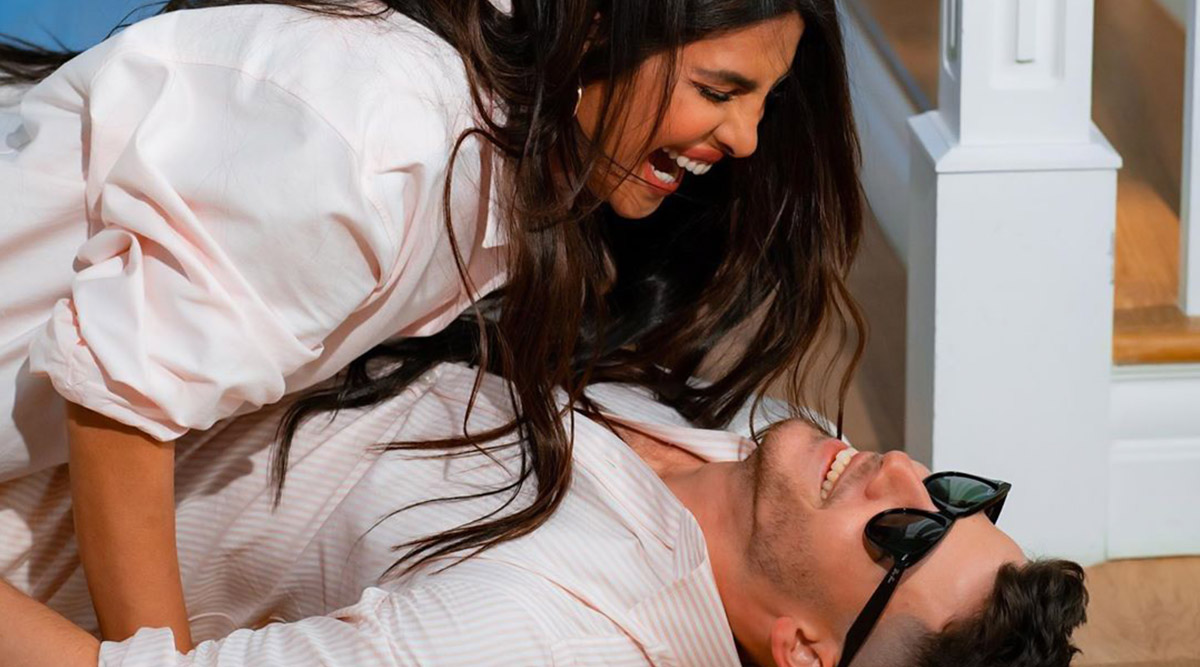 Nick Jonas and Priyanka Chopra Jonas are one of the cutest Hollywood couples. The duo are often seen indulging in social media PDA, be it their adorable pictures together or their captions. Recently, the duo came together for Jonas Brothers' song "What a Man Gotta Do" and flaunted their heartwarming chemistry on-screen. Taking to Instagram, Nick shared a cute picture of the duo from the video where Priyanka is seen sharing a big laugh with her Nick. The video featured them dancing in white shirts. Nick Jonas and Kevin Jonas' New TikTok Video Pulling Off the Hand Dance is Too Cool to Miss! (Watch Video).

Sharing the adorable picture, Nick wrote, "My favourite laugh. #WhatAManGottaDoVideo." The video has already been loved by fans of Jonas Brothers. This is the second time Priyanka Chopra has featured in a video with Nick Jonas. Earlier, she was also a part of the "Sucker" song video along with J sisters, Sophie Turner and Danielle Jonas. Nick's comment on PeeCe's laugh being his favourite has left their fans in a tizzy. Priyanka Chopra-Nick Jonas Kiss and Clink Champagne Glasses to Ring in New Year 2020 (Watch Video).

The Jonas Brothers made a successful comeback in 2019 and are now all set to perform at Grammy Awards 2020. The band have been touring across US and have not only regained their fan following since before their disbandment but have also gathered tons of new fans. Recently, they appeared on The Ellen DeGeneres Show and stated that their Grammy performance is going to have one big surprise and we wonder if that means that the trio will be joined by their better halves on stage. We are certainly excited to see what Nick and Priyanka wear at the red carpet of the prestigious ceremony.