Prince Birth Anniversary: 7 Inspirational Quotes by the Musician That Will Change Your Lookout Towards Life

His music was inspirational and moving, but he as a person himself was an icon for many. He often spoke words that were so motivational, that anyone who needs a little boost in their life, can be inspired by the singer. 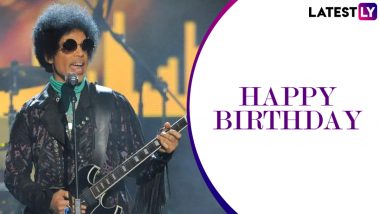 Prince, the American singer-songwriter who changed the world of music with his work, will forever be remembered for the evergreen songs that he created. The multi-instrumentalist, record producer, actor, and director had the world dancing to his tunes during his time and is regarded as one of the greatest musicians of his generation. He worked across multiple genres and his albums like Dirty Mind, Controversy, Purple Rain are still iconic even after so many years. Musician 'Prince Midnight' Makes Fully-Functional Electric Guitar from His Uncle's Skeleton! Bizarre Video Goes Viral.

Prince blended a wide variety of styles, including funk, R&B, Latin, rock, new wave, classical, soul, synth-pop, psychedelia, pop, jazz, and hip hop in his songs.  Prince went on to sell over 150 million records worldwide during his career and it made him among the best-selling music artists of all time. His awards included the Grammy President's Merit Award, the American Music Awards for Achievement and of Merit, the Billboard Icon Award, an Academy Award, and a Golden Globe Award. He was inducted into the Rock and Roll Hall of Fame in 2004, the UK Music Hall of Fame in 2006, and the Rhythm and Blues Music Hall of Fame in 2016.

His music was inspirational and moving, but he as a person himself was an icon for many. He often spoke words that were so motivational, that anyone who needs a little boost in their life, can be inspired by the singer. Today marks the 62nd birth anniversary of the popstar and we are taking a look at some of his best motivational quotes.

“Dearly beloved. We are gathered here today. To get through this thing called life.” 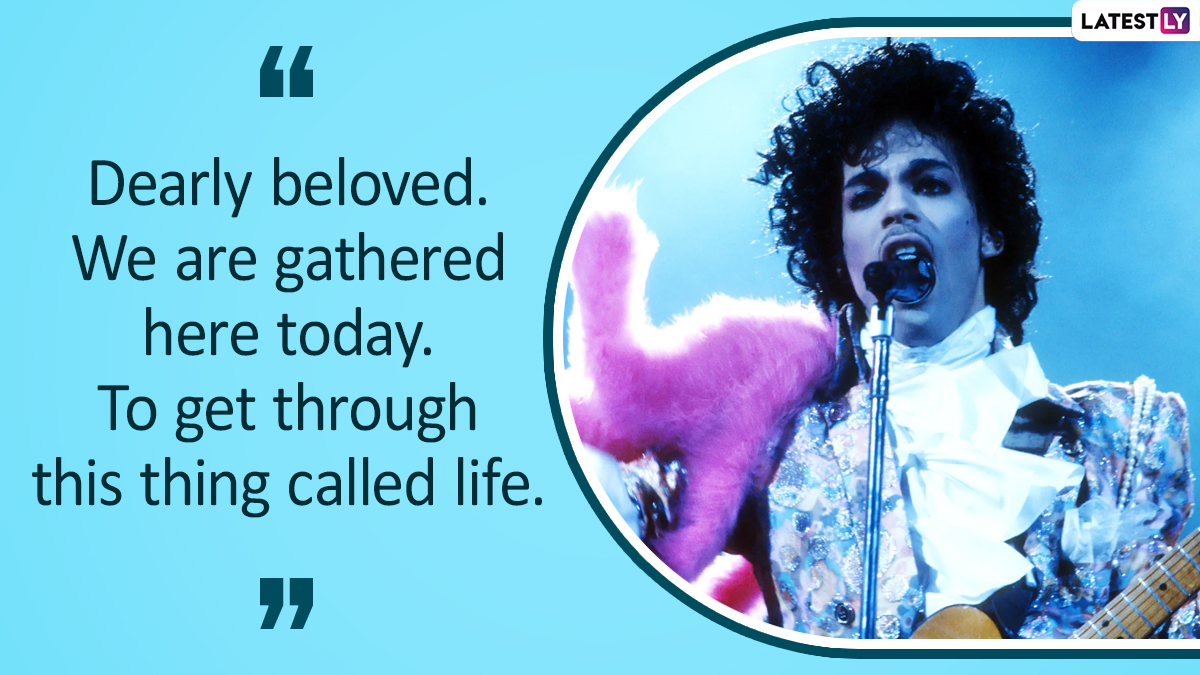 “Every day I feel is a blessing from God. And I consider it a new beginning. Yeah, everything is beautiful.” 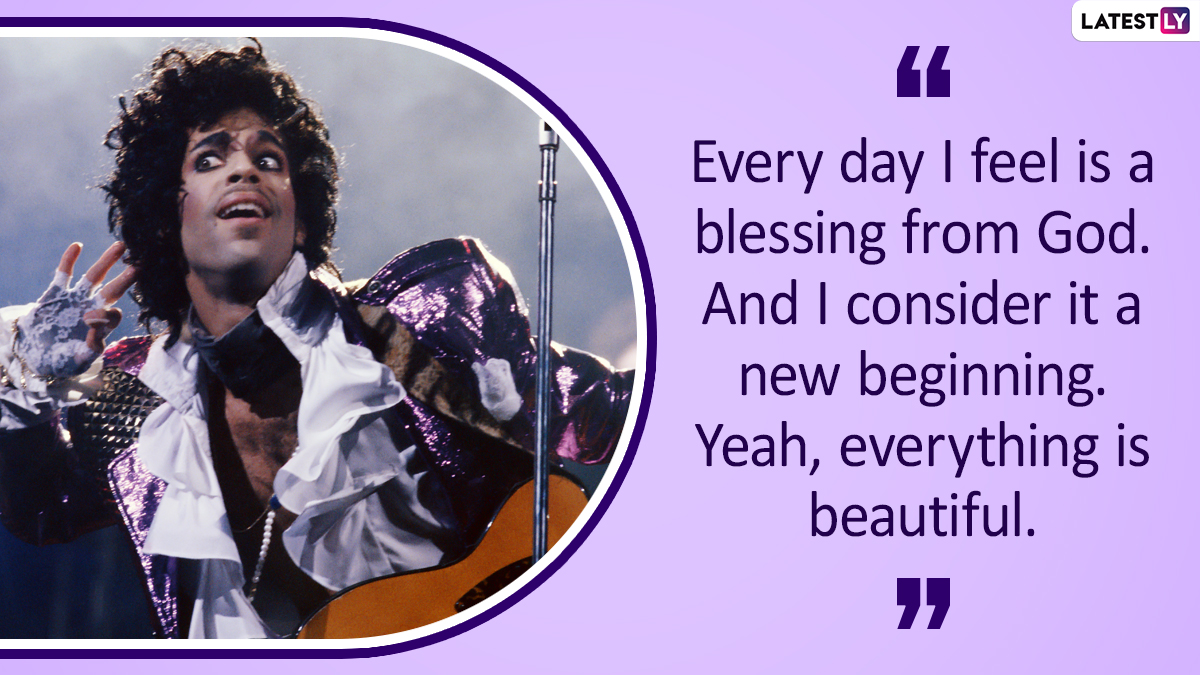 “Just start by creating your day. Then create your life.” 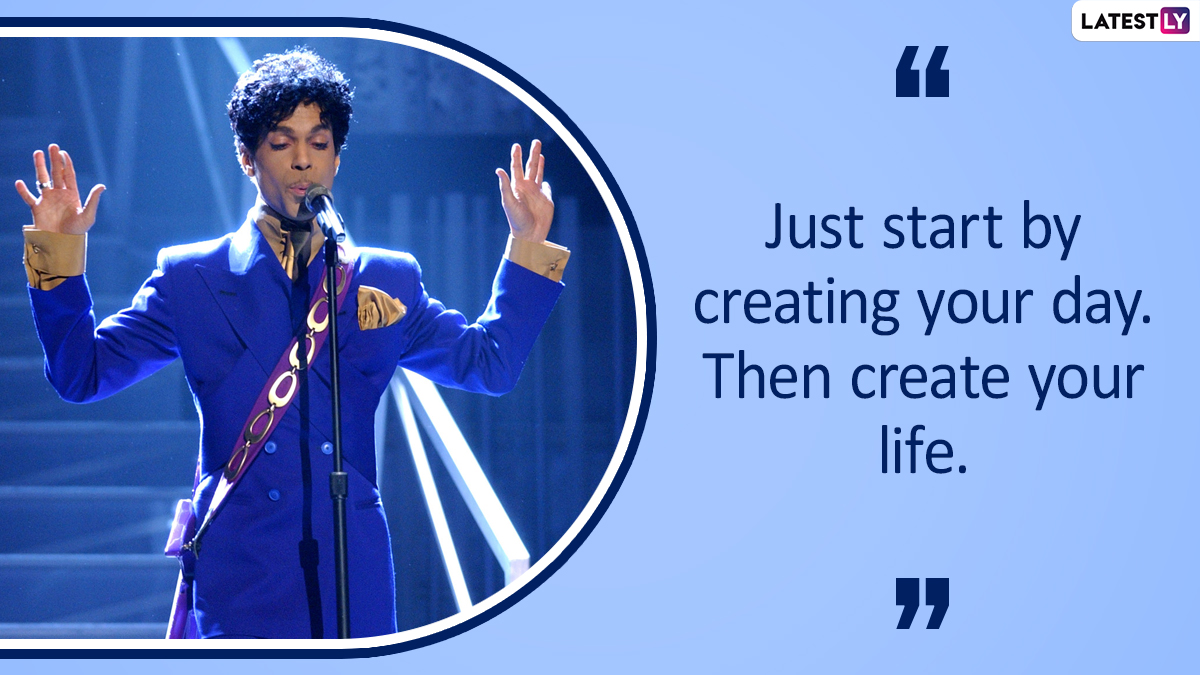 “Nothing comes to sleepers but dreams.” 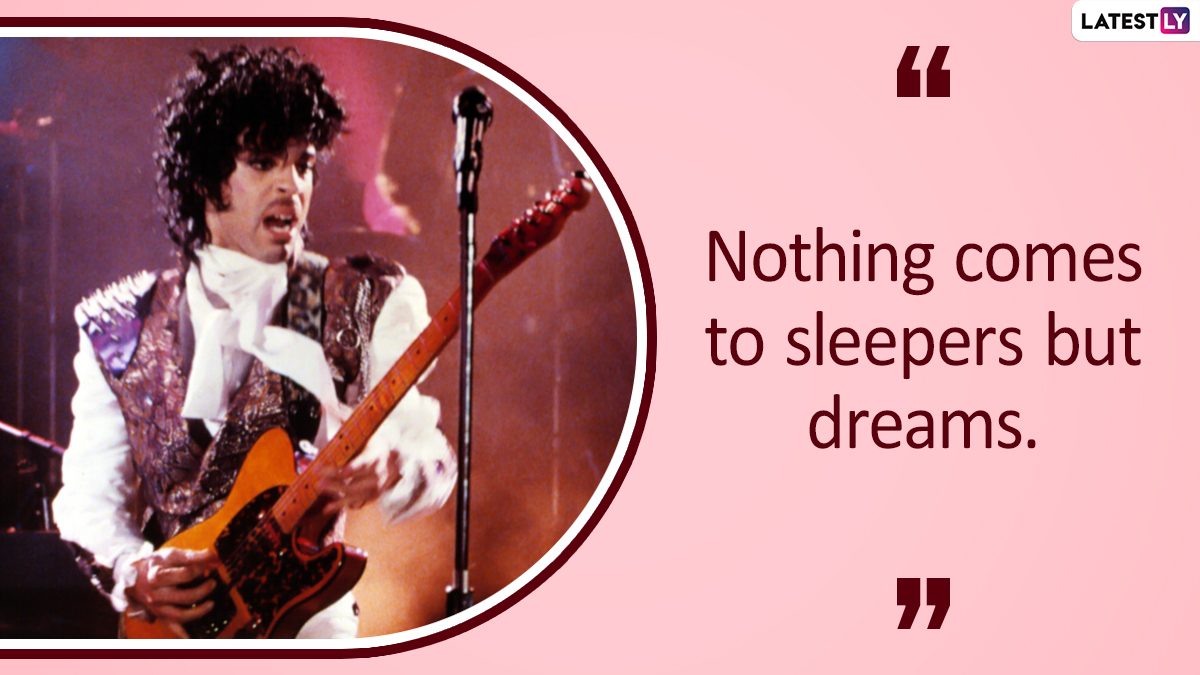 “Can you imagine what I would do if I could do all I can?” 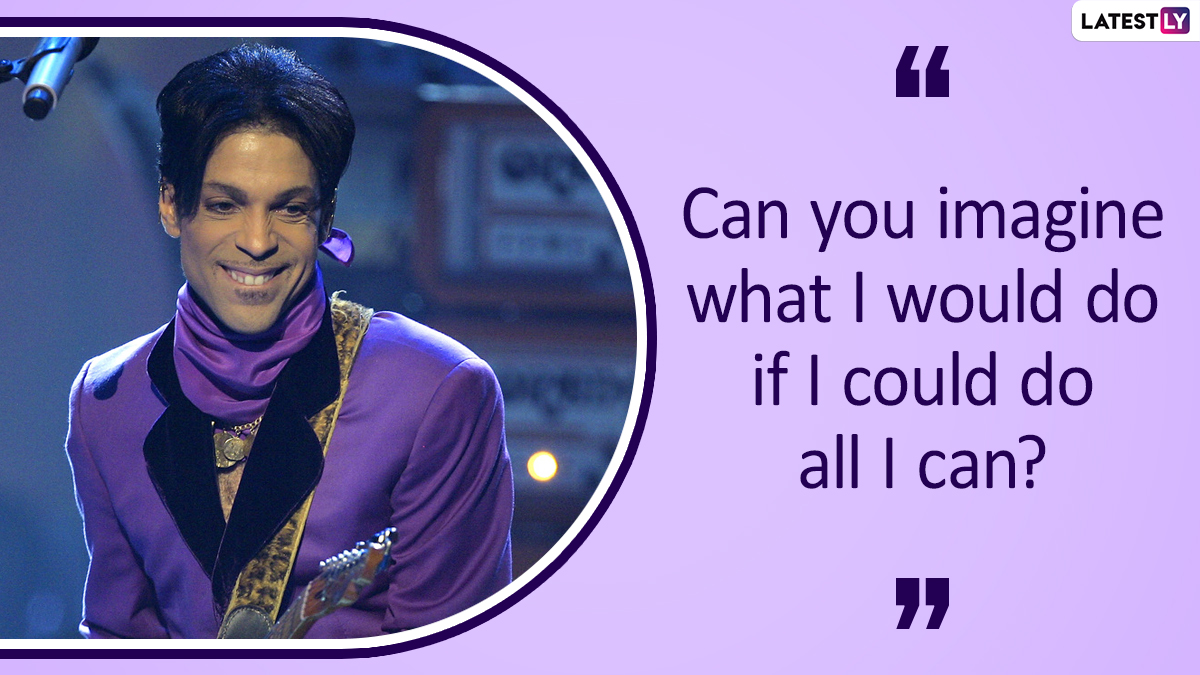 “A woman every day should be thanked, not disrespected, not raped or spanked.” 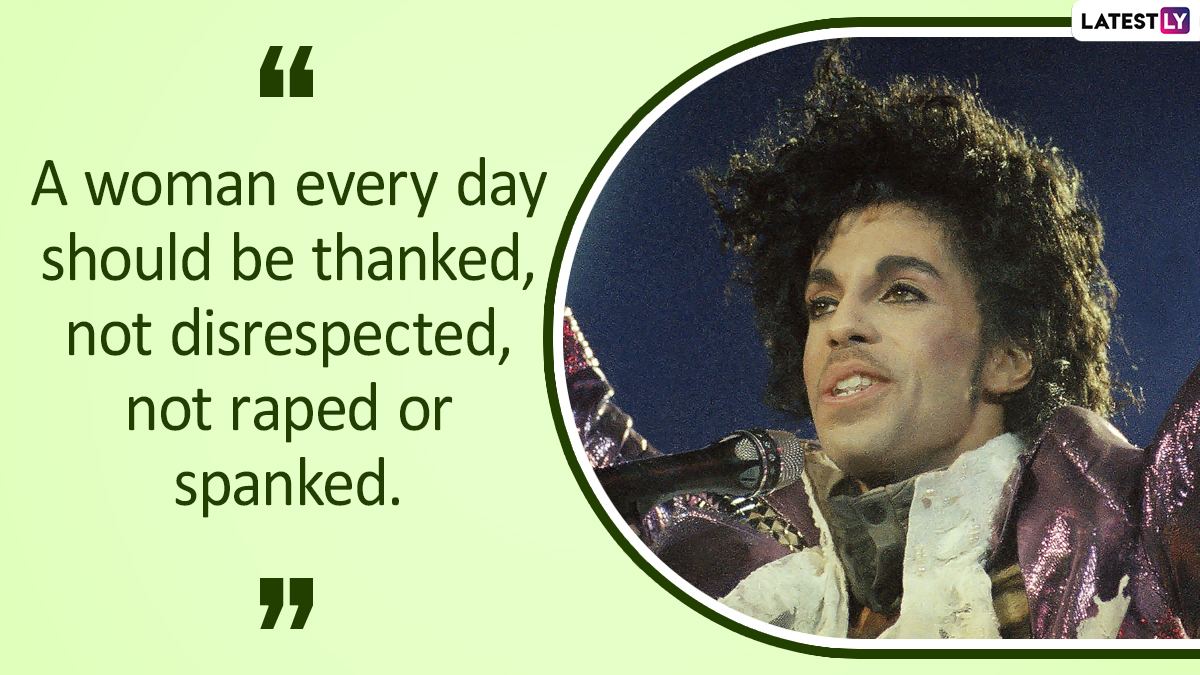 “Any charitable act is love in motion, and love needs no publicity because love just is.” 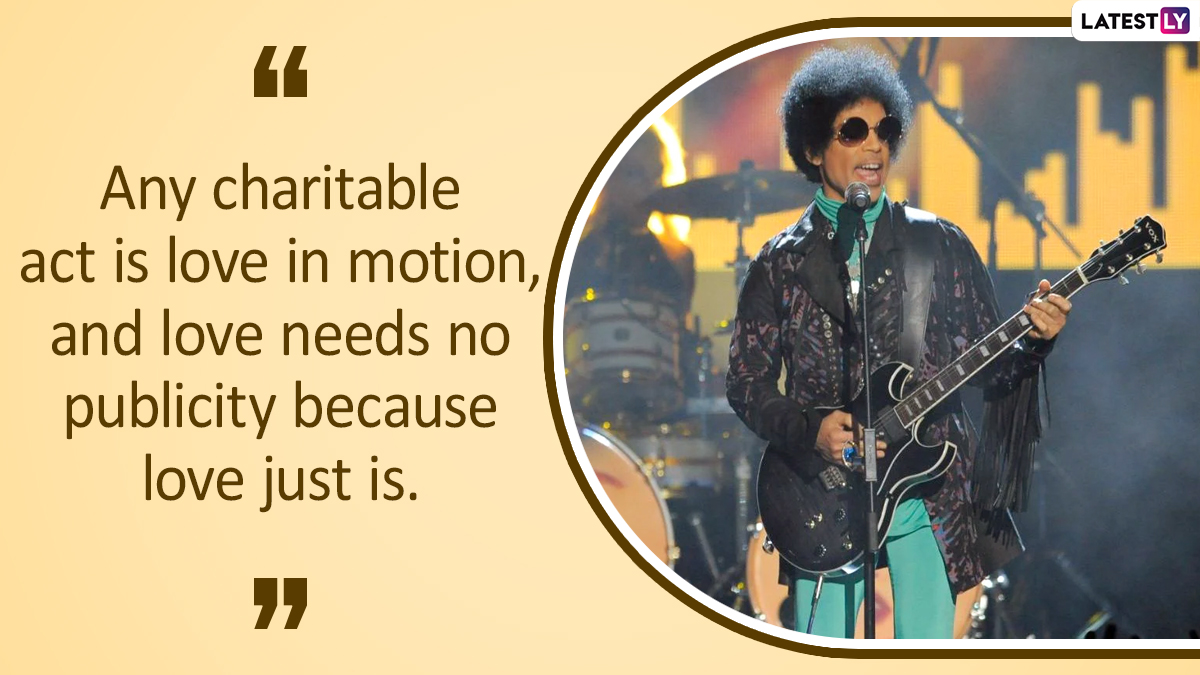 From the very beginning, music was in Prince’s blood. His family was into music and the singer wrote his first song Funk Machine on his dad’s piano when he was just seven years old. When asked about birthday, his lookout on life and death, Prince had once told an interviewer, "I know that you had one birthday. You were born on a certain day. You had no more birthdays after that…. I don’t celebrate birthdays, so that stops me from counting days, which stops me from counting time, which allows me to still look the same as I did 10 years ago.“ Lana Del Rey Faces Backlash After Sharing Queen Elizabeth and Prince Philip's Old Pics on Instagram.

His philosophy was intriguing and we got to credit him for thinking so differently. He might have gone too far, but his music lives on forever. Join us in wishing Prince a very happy birthday, where ever he is now.

(The above story first appeared on LatestLY on Jun 07, 2021 09:40 AM IST. For more news and updates on politics, world, sports, entertainment and lifestyle, log on to our website latestly.com).