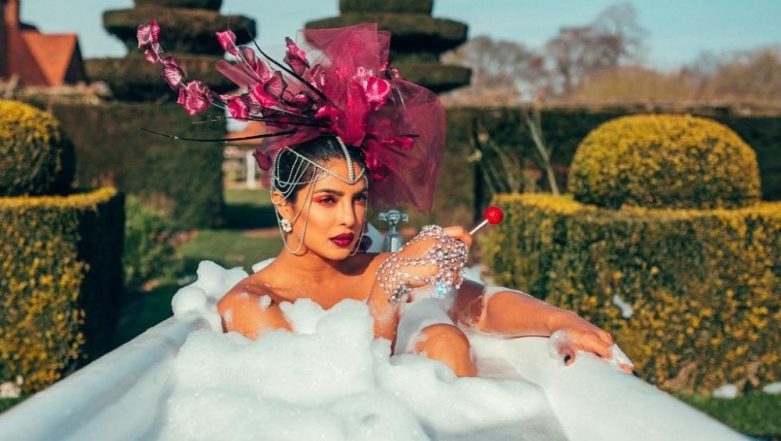 Priyanka Chopra Jonas honoured to be in the same league as Meryl Streep (Photo Credits: Instagram)

Now that's some feat! The actress' name has been chosen as one of the top 50 most powerful women in entertainment list by USA Today. Speaking about the sane, the actress told Hindustan Times, “For me, power is simply an energy that empowers me to do what I love. It’s the ability to open doors and turn my dreams into a reality of what I was destined to do. I feel privileged to share this platform with these amazing women who have each pushed through their own challenges and created their own realities and today stand shoulders above everyone in their chosen careers. It does give one a feeling of achievement.”

🤯 <-- Me when I saw my new wax figure at Madame Tussauds in NYC @nycwax (Coming to other locations soon!!) 4 figures. UK, Australia, Asia coming up! Thank you to the Madame Tussaud’s team.

Chopra's global icon status has put her on the map for various Hollywood acclaims. She has been honoured by various publications, including being on the Forbes 100 most powerful women’s list in 2018 and Variety’s 500 Most Influential people in Entertainment list in December 2017. We will be seeing Priyanka Chopra next in Shonali Bose's The Sky is Pink. The film also stars Farhan Akhtar and Zaira Wasim. Apparently, Chopra is also rooting for some other Bollywood projects as she is in talks with Sanjay Leela Bhansali and Vishal Bharadwaj.