SAG Awards 2020: Sophie Turner and Joe Jonas Looked Like They Were Straight Out of a Fairytale in their Adorable Red Carpet Appearance (See Pics) 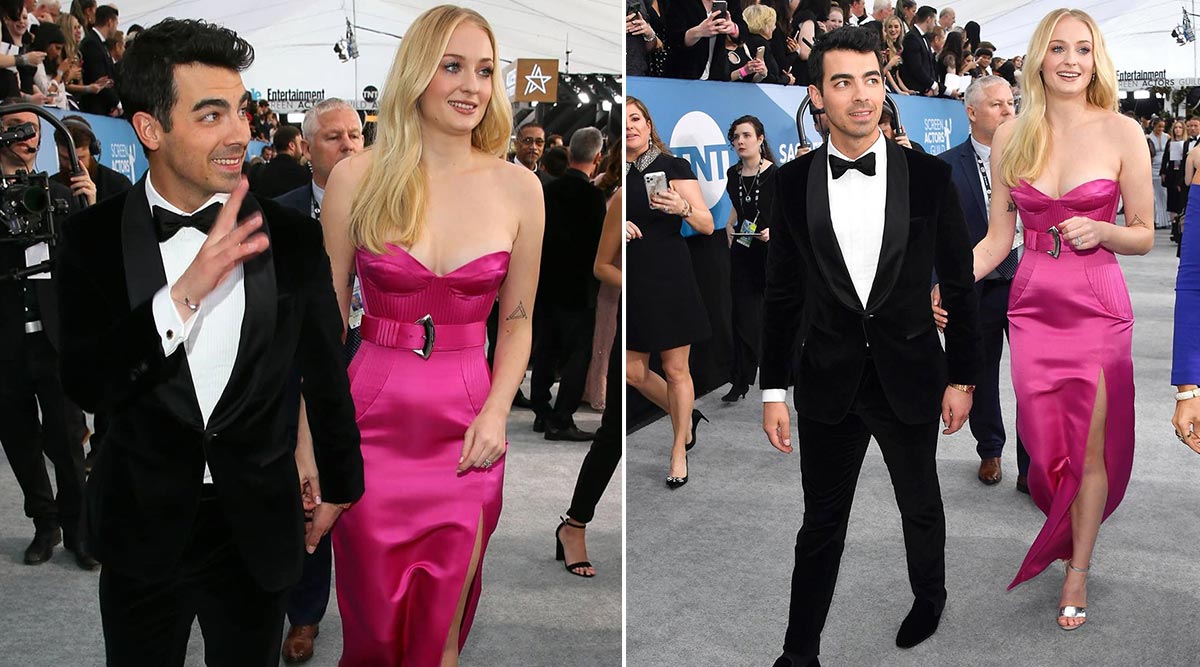 The award season has officially begun and after the Golden Globes, Emmys and Critics Choice Awards, the Screen Actors Guild Awards were held recently in Los Angeles and it was one star-studded affair. While celebrities turned up looking their best, we were hands down impressed with how cute Sophie Turner and Joe Jonas looked as they turned up on the red carpet hand-in-hand. The duo looked like they were straight out of a fairytale. While Sophie was dressed in a gorgeous fuschia gown, Joe was looking all dapper in a black suit. The couple tied the knot in 2019 and it was lovely to see them arrive in a cute avatar. SAG Awards 2020 Best Dressed: Scarlett Johansson, Jennifer Aniston, Noah Schnapp and Millie Bobby Brown Make Stunning Appearances (See Pics).

While Turner wasn't nominated for her role in the popular series, Game Of Thrones, it was lovely to see her show support for the rest of the cast. Sophie was also seen having a mini-reunion with her co-star Alfie Allen. As for the series, Peter Dinklage who played the role of the Tyrion Lannister in the series, and won the award for best actor in a drama series.

Check Out Sophie and Joe Jonas' Pictures from the Red Carpet Here:

Joe and Sophie at the #sagawards 🤩

Here's Another Picture of the Couple:

As for Joe, the Jonas Brothers recently released their song "What a Man Gotta Do". The video featured Sophie Turner along with Joe, Kevin Jonas with wife Danielle and also Nick Jonas and his wife Priyanka Chopra. After their much successful track "Sucker" which also featured their wives, the new track is now becoming a sensation.