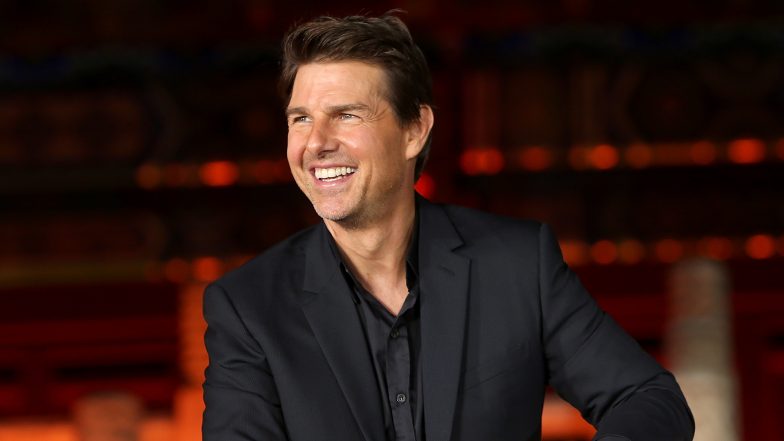 Hollywood superstar Tom Cruise was recently spotted unleashing his adventurous when he went paragliding in the French Alps. A lot of pictures are doing the rounds on the Internet in which Cruise is seen learning how to paraglide under the watchful eye of an instructor, reports dailymail.co.uk. Top Gun Maverick: Tom Cruise Flies a Discontinued F-14 Tomcat Aircraft That Was Used in the First Film

It seems the Hollywood superstar has been honing his adventure acumen in the wake of shooting for his forthcoming action film, Top Gun: Maverick. Tom Cruise’s Jacket in Top Gun 2: Maverick Trailer Sparks a Controversial Debate as Taiwanese and Japanese Flags Go Missing

The 57-year-old sported a safety helmet and sunglasses while he was guided through take-offs and landings as he sat in a safety harness beneath the enormous, wing shaped sail.