Before Scarlett Johansson vs Disney, 7 Other Times Marvel Cinematic Universe Was Embroiled in Huge Controversies

While Marvel and Disney have had quite a healthy relationship with their working partners, they have had their share of controversies in the past. Not everything has been fine in the house of mouse’s golden goose. So with Scarlett Johansson’s latest lawsuit, let’s take a look at seven other off-screen Marvel controversies. 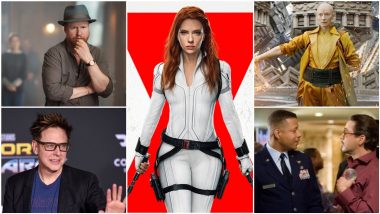 Marvel fans were left shocked when it was revealed that Scarlett Johansson is suing Disney. That’s right, the Black Widow actress is suing the house of the mouse after they breached her contract by releasing Black Widow on Disney+. The lawsuit is based around the fact that Disney failed to renegotiate Scarlett Johansson’s contract which stated that the movie would have an exclusive theatre release. This caused Johansson to not receive bonuses that were directly tied to the box office returns, and the simultaneous release on Disney+ has caused a rift between the two parties. Disney Blasts Black Widow’s Scarlett Johansson, Calls Her Lawsuit Against Them Meritless.

While Marvel and Disney have had quite a healthy relationship with their working partners, they have had their share of controversies in the past. Not everything has been fine in the house of mouse’s golden goose. So with Scarlett Johansson’s latest lawsuit, let’s take a look at seven other off-screen Marvel controversies.

White-washing the Ancient One

Hollywood has had a long-time problem of white-washing characters of ethnic backgrounds, and Marvel found itself on the wrong side of the road here. The first Doctor Strange film was under fire when the Asian represented character the Ancient One was to be played by Tilda Swinton. Marvel was accused of whitewashing and this one problem still pertained after Doctor Strange’s release. Since then Kevin Feige has gone on record saying that he has regretted the casting decision made back then.

After the success of the first Iron Man film, the majority of the lead cast was expected to return for the sequel. Things though started to get ugly when Terrance Howard who played James Rhodes, received a pay cut for the sequel after being the highest-paid actor in the first film. This prompted him to get into a quarrel with Marvel and led to the decision of Howard being dropped from Iron Man 2. Howard was then replaced by Don Cheadle and the rest is history.

The prospect of Edgar Wright directing a Marvel film sounds amazing, but sadly it never came to fruition. Edgar Wright had been attached to Ant-Man for a long time and considered it a passion project. With various rewrites of the script and the doubt behind it being in the MCU or a standalone movie, it made Wright eventually leave the project which was then taken over by Peyton Reed. While we still love the movie that Reed gave us, it had us wondering what Wright’s vision would have been. This even started up the narrative that Marvel doesn’t allow its filmmaker's creative freedom, which has then been debunked by many.

When Brie Larson made a comment about how there needs to be diversity among people who review movies, this led to a lot of fans making sexist comments about Captain Marvel. The entire controversy was blown out of proportion by trolls on the internet, which led to Captain Marvel being review-bombed. Although the controversy didn’t end up hurting the movie as Captain Marvel went on to make a billion dollars at the box office. Scarlett Johansson Sues Disney Over the Release of Black Widow on Streaming Platform.

Perhaps one of Marvel’s most notable executives, the Perlmutter tenure did more harm than good behind the scenes. Ike Perlmutter was believed to be the reason that MCU hardly had any female-led movies and with many of his various sexist and racist comments, it’s good to see that he isn’t in a place of power anymore. He ended up causing so many issues that Kevin Feige himself was frustrated working with Perlmutter, and this caused Disney to promote Fiege so he could directly report to the heads.

Joss Whedon and Alan Taylor's working experiences on Avengers: Age of Ultron and Thor: The Dark World respectively were far from being smooth. Thanks to Ike Perlmutter making several mandates and not providing the directors with enough creative freedom caused both of them to talk about how bad their time at Marvel was.

Perhaps one of the biggest Marvel controversies, the firing of James Gunn sent the internet into a frenzy. After a bunch of distasteful jokes was revealed from James Gunn’s Twitter, it prompted Marvel to make an impulse decision and fire him. Gunn was then supported by his fellow colleagues with the cast of Guardians of the Galaxy writing an open letter to Disney. Gunn would, later on, direct The Suicide Squad for DC and then was rehired. So all in all, everything at least turned out to be better.

(The above story first appeared on LatestLY on Jul 30, 2021 08:33 PM IST. For more news and updates on politics, world, sports, entertainment and lifestyle, log on to our website latestly.com).