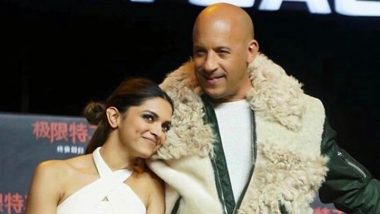 With an Instagram picture that shows him wearing Xander Cage's trademark enormous fur coat, Diesel wrote, "Appreciate the creativity. How ironic that I had a Xander Cage meeting. Each Franchise has its respective beautiful Family. Blessed. He ran the caption with the hashtags "#RubyRose #ninadobrev #deepikapadukone #Liveforthis #XanderCage4."

(The above story first appeared on LatestLY on Dec 14, 2019 08:36 PM IST. For more news and updates on politics, world, sports, entertainment and lifestyle, log on to our website latestly.com).