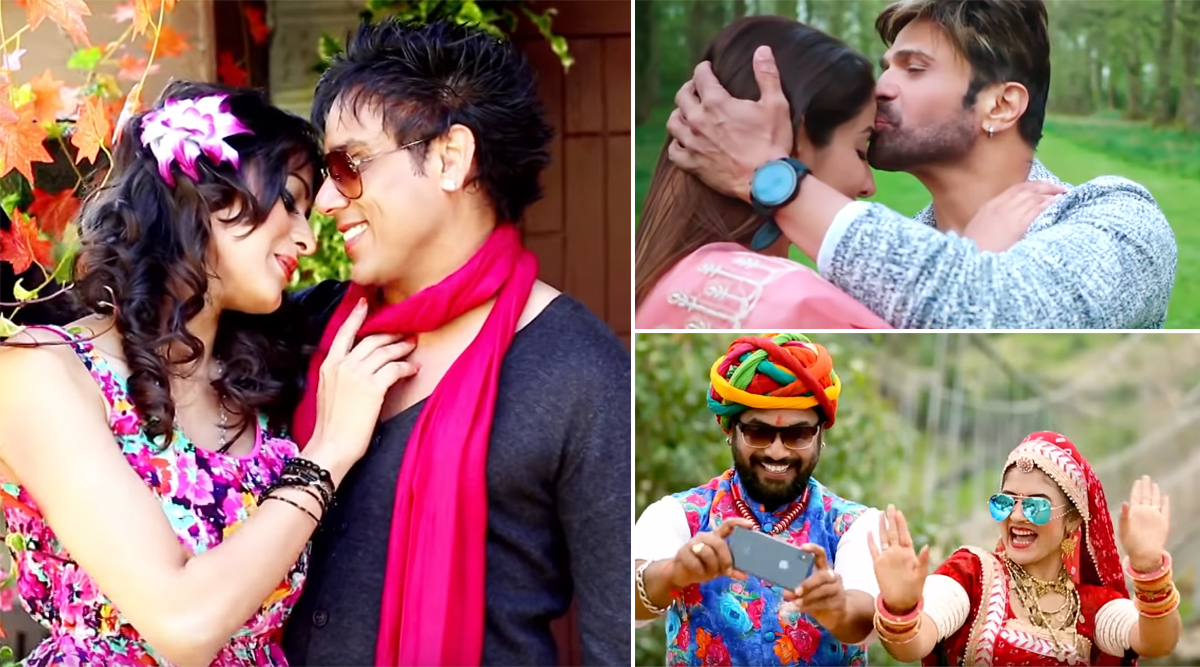 It is that time of the year again. NO, we are not talking about the Christmas festivities. We are talking about the fact that we have our hands on the list of  most-searched terms on Google. One look at the list, and you'd find it tough to believe that humanity thrived and survived even before Google was invented. How? No idea. So, here, we are going to talk about the most-Google songs in India. The country's entertainment industry is wide ranging from North to South. So, be ready for a variety and not just your Aankh Maareys of the year. But point to be noted, Ladki Aankh Mare from Simmba did make it to the list. The song featuring Sara Ali Khan and Ranveer Singh, and sung by Neha Kakkar, is on 8th number on the list. Avengers Endgame, Joker, Captain Marvel Top The Most-Searched Movies in Google Year in Search 2019 Global List.

On 10th number, you will find the song, Kya Baat Hai. The Punjabi song has been crooned by Harrdy Sandhu. This one is quite a feat, since the peppy track came out all the way back in September, 2018. And yet it was one of the most-searched song on Google this year. Kya Baat Hai! Game of Thrones, Stranger Things, Chernobyl Top The Most-Searched Television Shows in ‘Google Year in Search 2019’ Global List, Indian Shows Balveer, Motu Patlu Among Top 10 Shows.

What comes as a surprise is Pal Pal Dil Ke Paas is on the list as well. The song belongs to the movie of the same name, which failed to register with the audience. But certainly the song left an impact. As per Google, the romantic track, Pal Pal Dil Ke Paas, was extremely popular in regions like Odisha, Andaman and Nicobar, Chattisgarh, Daman and Diu, and Jharkhand. We know of one reason - TikTok. Pal Pal Dil Ke Paas was quite a trending song on the app. Thousands of TikTokers used the song to make short videos, leading to its popularity and spike in Google searches.

On 9th number is a song called Payaliya Bajni Lado Piya. On YouTube, the song was released all the way back in November 2017. The Bhojpuri song has been sung by Shivani And Keshav.

The 6th spot has also been earned by a Bhojpuri banger. The dance number, made on a visibly low budget, has over 55 million views on YouTube. And it came out in December 18, 2018. So, how does it have less views than Ladki Aankh Mare despite being more searched than it? Once again, the reason is TikTok. The song, Gori Teri Chunari Ba Lal Lal Re, was very popular on the app, with people making dance videos on it.

On 5th number is the song called Coca Cola Tu. The original track by Tony Kakkar came out in the September 2018, becoming instantly popular. Then the song was remade for the film, Luka Chupi, in February 2019. This only spiked the popularity of the already popular Coca Cola Tu. Kartik Aaryan and Kriti Sanon's presence in the new music video helped the track gain traction on Google.

Dhvani Bhanushali & Nikhil D’Souza's single Vaste was the 4th most searched song on Google. The song currently has over 640 million views on YouTube. Vaste featured Siddharth Gupta and Anuj Saini. Vaste has been composed by Tanishk Bagchi. Yes, there is an original Tanishk Bagchi number in the most-searched on Google list. So, all the haters bashing Tanishk for investing his talent only song remakes, can take a breather and listen to Vaste. And increase the views and popularity, in turn.

On 3rd number we have, Teri Pyari Pyari Do Akhiyan. The song had come out in 2014. Yes, 2014. It flew under the radar back then. So, what led to its popularity in 2019? The answer is still the same. TikTok. In fact, the song was called Sajjna when it was released. When the song became popular as Teri Pyari Pyari Do Akhiyan, the makers changed the title to it. The song first grabbed attention when two boys, dressed in black, made a TikTok video on it. They switched between two emotions - crying and smiling - as the chorus of the song played. It became viral for good and bad reasons. The video was recreated, loved, made fun of and laughed at by millions. The song even gained popularity in the US and Canada. So, the spike in Google search for Teri Pyari Pyari Do Akhiyan is justified and well-deserved.

Welcome Ranu Mondal to the list. The singer was discovered on a railway platform by the internet. Her talent led to her viral status in India. Her voice grabbed music director Himmesh Reshamiya's attention. She was brought into a studio to sing Teri Meri Kahani. People loved this rags to riches story and searched for Teri Meri Kahani as much as possible leading to its second position. The song gained the most popularity on social media platforms. The song was most searched for in Bihar.

And finally the most searched song. Le Photo Le by Nilu Rangili. The song comes from Rajasthan and was a rage there. But surprisingly this number was most-searched in West Bengal. Le Photo Le is quite high on energy and is absolutely the kind of shiz that goes viral.

So, these were the top 10 most searched for songs on Google. From Kya Baat Hai on number 10 to Le Photo Le on number 1, we see songs from all corners of the India being most searched for. Which one on the list is your favourite? Tell us in comments below or tweet to us @latestly.