With 2.0 claiming to make big moolahs at the box office, it looked like Rajinikanth-Akshay Kumar’s film were unaffected by the online piracy. 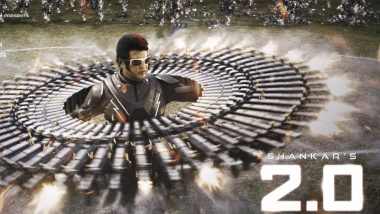 Problems are aplenty for Rajinikanth-Akshay Kumar’s latest movie, 2.0 (also known as Enthiran 2.0 or Robot 2.0) despite the film’s good box office collection. As you all, 2.0 full movie was leaked online by TamilRockers on the day of its release i.e. November 29. The illegal website leaked 2.0 full movie HD for download and watch online for free despite Madras High Court ordering a ban on 1200 such illegal websites to prevent online piracy issue. Not just TamilRockers, other sites such as TamilGun, TamilYogi, FilmyZilla made Robot 2.0 full movie dubbed Hindi version available in 1080p, 720p and 480p. And if this was not enough, Wikipedia, the free online encyclopaedia has published the complete plot of 2.0. Yes, full story including the climax of Rajinikanth, Akshay Kumar and Amy Jackson’s film is available for free reading online. 2.0 Full Movie in HD Leaked by TamilRockers for Free Download & Watch Online! Twitterati Share How to Download Enthiran 2.0 Movie Links Despite Madras HC Orders.

Director Zoya Akhtar had once called 'live tweeting' film reviews a form of 'online piracy' during her appearance on Karan Johar’s chat show, Koffee With Karan. She is not entirely wrong. If you are going to reveal the suspense to people who are yet to watch the film is piracy. It does not matter how you do it. Illegal websites such as TamilRockers do it by leaking the film online, while Wikipedia is doing the same by giving out the details in writing. There is nothing wrong in giving the premise of a movie, but telling the entire story is a form of online piracy. And it will definitely not please the makers and producers who have put in so much of effort to make a film. Aamir Khan's Thugs of Hindostan, Rajinikanth and Akshay Kumar's 2.0 - Ranking All November 2018 Releases From Worst To The Best. 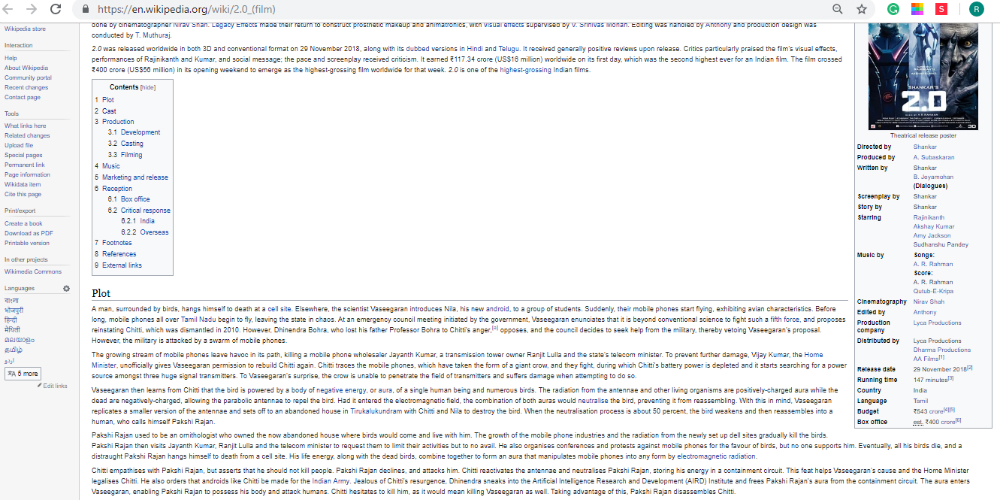 However, 2.0 claiming to make big moolahs at the box office, it looked like Rajinikanth-Akshay Kumar’s film were unaffected by the online piracy. The successful box office collection proved the star power of the duo to pull the crowd to theatres and dissuade fans to watch a film illegally on their laptops and phones. Unfortunately, with Wikipedia now revealing the climax and minute details such as the post-credit scenes, it looks very tough for 2.0 to survive this onslaught of online piracy. One will have to wait for final box office figures of Enthiran 2.0 to come out to find out if the film was a hit or a flop.

(The above story first appeared on LatestLY on Dec 05, 2018 11:03 AM IST. For more news and updates on politics, world, sports, entertainment and lifestyle, log on to our website latestly.com).