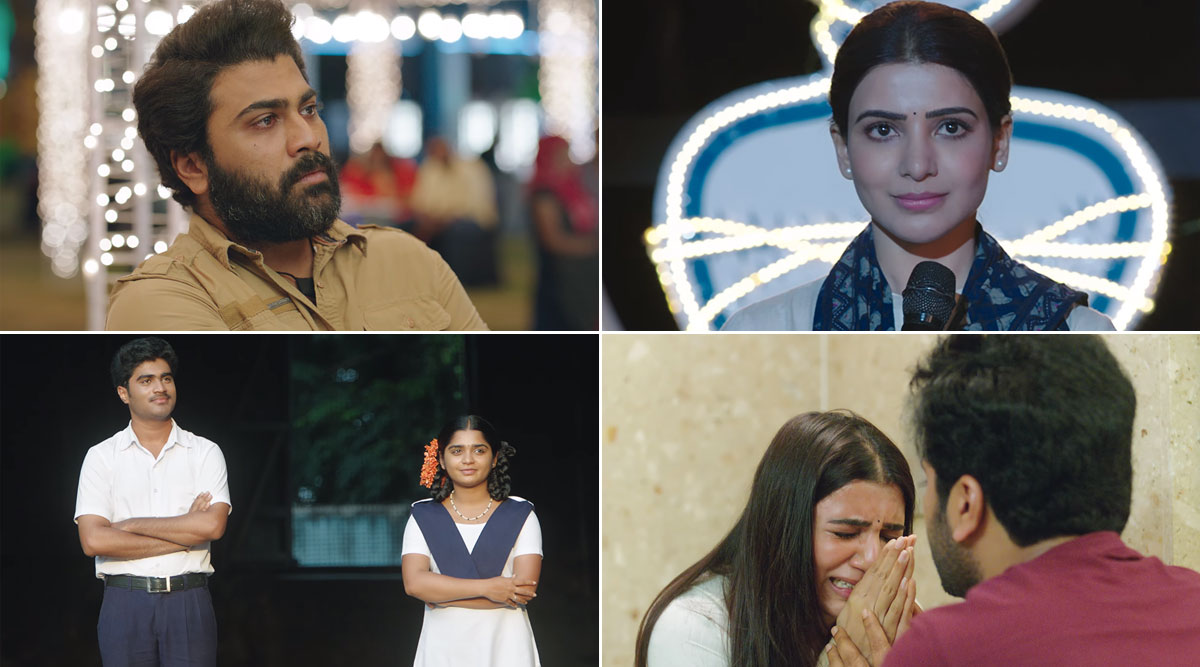 Sharwanand and Samantha Akkineni are all set to wow us in a tale of romance and emotion as they come together for the remake of Tamil film 96. The Telugu version titled Jaanu is based on the romantic drama that was released in October 2018, starring Vijay Sethupathi and Trisha Krishnan in the lead. A teaser of Jaanu has now been released and it sure is a treat to watch Sharwanand and Samantha bare their souls in this beautiful story. Sharing the teaser of the film on her Twitter account, Samantha wrote, "Friendship, Love, Heart Break, Memories. Revisit nostalgia with #JaanuTeaser!"96 Telugu Remake: Samantha Akkineni and Sharwanand Myneni’s Next in Trouble.

Jaanu's teaser introduces its characters in two timelines. First, we see a beautiful teenage romance blossoming between the characters of Ramachandra and Janaki Devi. Then we are introduced to them again in the high school reunion, where Ramachandra and Janaki meet, years later and ages since their love story ended in the school days. There is nostalgia, love and warmth in their relationship even after years and Samantha and Sharwanand convey that beautifully.

Check Out the Teaser of the Film Here:

Jaanu is directed by Prem Kumar, who had also directed 96. Dil Raju is producing the movie, and it is all set to release in February. Considering the success of the Tamil original, it will be interesting to see how this Telugu version fairs. 96 Telugu Remake: Samantha Akkineni and Sharwanand Starrer to Release on Valentine’s Day 2020?

Earlier, speaking about directing the Telugu version, director Prem Kumar had said, “Although the content and the emotion is the same, the level of intensity that Samantha and Sharwanand have brought to this remake is something else. I thoroughly enjoyed working with them.”