Jyothika Reacts to Ponmagal Vandhal Releasing on Amazon Prime, Explains the Reason for Opting for an OTT Platform 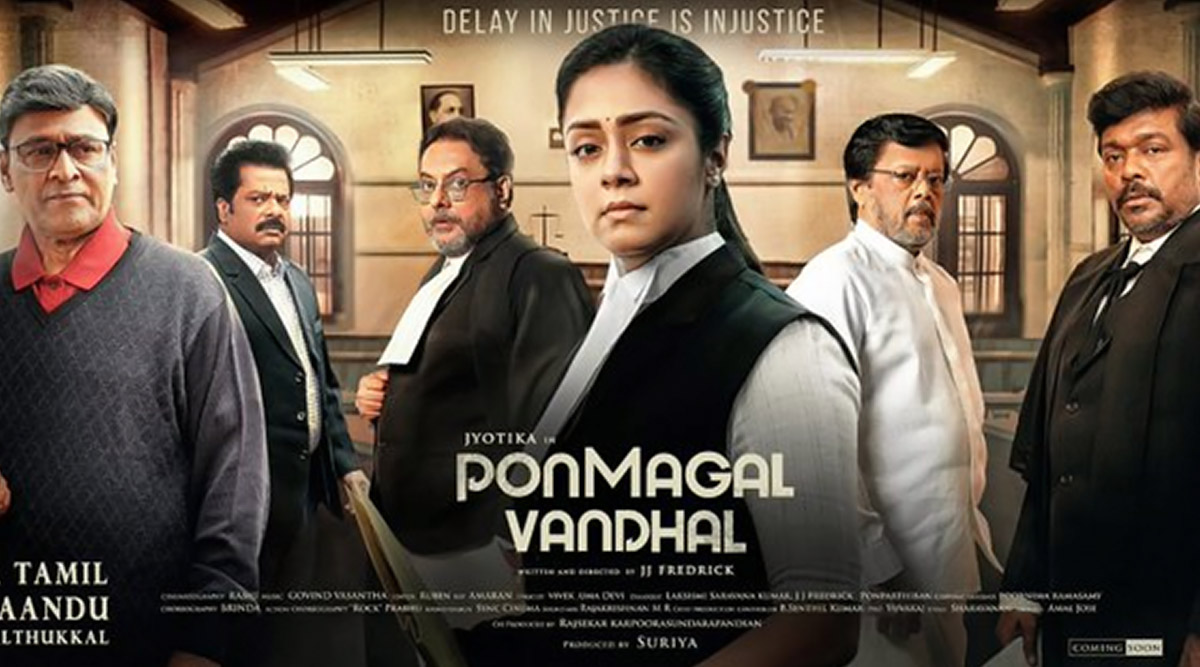 Jyothika starrer Ponmagal Vandhal was among the many releases that were announced to premiere on Amazon Prime. With theatres being shut, the producers of low and medium budget movies had no other option but to take the bid offered to them by the OTT platforms. It was their way to survive, they insist. While distributors and theatre chain owners were disappointed with this development, actors are in favour of their producers and understand the dynamics of this business. After Vidya Balan (for Shakuntala Devi), now Jyothika has reacted and supported the decision of having a direct-to-web release. Ponmagal Vandhal Trailer: Jyotika's Relentless Lawyer Fights For Justice in a Complicated Case in This Intriguing Courtroom Drama (Watch Video).

In her recent interview to Cinema Express, the actress explained the scenario that prompted them to opt for an OTT release. “Nothing can replace the joy an actor or filmmaker gets when people cheer in theatres. Ten months or a year down the line, after we have beaten the coronavirus, theatres will gain back glory and they will become again the prime sources of entertainment. OTT platform is a parallel avenue during these tough times," she said when asked about the decision to ditch her film's theatrical release.

Ponmagal Vandhal will be the first mainstream Tamil film to have a direct OTT release and newbie director JJ Fredrick. When asked to describe her experience of working with a debutant director, Jyothika said, “Working with young filmmakers like Fredrick is an exciting experience. They don’t stick to a template, don’t hesitate to have bold dialogues, and never compromise on quality. The issue the film addresses is something that has been bothering me for a long time. So, I didn’t think twice before signing up.” From Jyotika’s Ponmagal Vandhal to Jayasurya’s Sufiyum Sujathayum, Here Are the 5 South Movies Confirmed to Premiere on Amazon Prime Video.

The story revolves around an honest lawyer’s attempts to redeem a wrongfully convicted woman. It is scheduled to release on 29 May 2020 on Prime Video.