Love Story: Sai Pallavi To Be a Choreographer For Her Next With Naga Chaitanya? 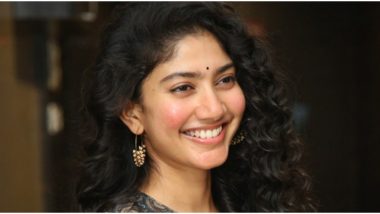 Sai Pallavi, who rose to fame with Premam, is high in demand down the south film industry. The actress who has a large base of admirers have the been giving hits to her fans, with her flawless acting and of course, dance. Now, to the delight of her fans, she might turn into a choreographer for the next, which is a Telugu film titled as Love Story.

This will be for the first time that Sai Pallavi will work with Naga Chaitanya. She has already worked with the director earlier in her blockbuster movie, Fidaa with Varun Tej. Speaking of Love Story, the filmmaker had revealed to the publication, "It’s a love story of a boy and girl who move to the city from their village to pursue their dreams.” Well, fans of "Rowdy Baby" girl Sai Pallavi will definitely be over the moon now!

(The above story first appeared on LatestLY on Jul 14, 2020 04:55 PM IST. For more news and updates on politics, world, sports, entertainment and lifestyle, log on to our website latestly.com).