Malayalam Actor Anoop Menon Fined Rs 10,000 for Falsely Endorsing a Hair Growth Cream, Says He Had No Idea About What the Ad Claimed

The complainant told the forum in Thrissur that he purchased the hair cream in January 2012 worth Rs 376 after watching Menon’s ad on television. He informed that the commercial assured lush hair growth within six weeks. 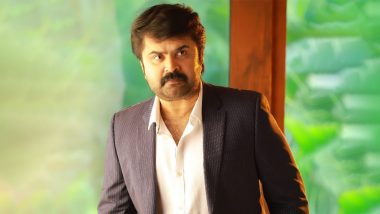 Malayalam actor Anoop Menon landed in trouble when a brand that he endorses came under the scanner of the Consumer Redressal Forum. The hair cream that Anoop sponsors claimed to provide “lush hair growth within six weeks”. However, complainant Francis Vadakkan experienced nothing of such sorts and alleged “deficiency in service” by the brand in his complaint. The medical store – A One medicals was also dragged into the complaint for selling the product that promoted false claims. Big Brother Trailer: Mohanlal and Arbaaz Khan Face Off in This Siddique Thriller About Narcotics War.

Anoop Menon, the celebrity endorser of the product, has been fined Rs 10,000 for providing wrong information in the advertisement. The hair cream brand and the medical owner were also penalised where the brand has been asked to pay Rs 10,000 while the shopkeeper has been asked to Rs 3,000 fine. Francis Vadakkan, represented by Advocate AD Benny, approached the District Consumer Redressal forum seeking Rs 5 lakh compensation for the misleading advertisement.

The complainant told the forum in Thrissur that he purchased the hair cream in January 2012 worth Rs 376 after watching Menon’s ad on television. He informed that the commercial assured lush hair growth within six weeks of the use of the product. He further added that he saw no change despite using the cream for the said time and was ridiculed by family and friends for buying the product. He added that he felt really humiliated by this act and hence took the step of filing a complaint. Minnal Murali Vandalism Controversy: Kerala Police Arrest Two For Vandalising Tovino Thomas' Film Church Set.

Anoop Menon reacted to the complaint and said in his statement that he never used the mentioned product. He added that he only applied oil prepared by his mother. He also said that he had no knowledge of what the commercial claimed as it was the “story of the manufacturers". He concluded by saying that he thought the product was meant for hair care and not hair growth.

(The above story first appeared on LatestLY on Jan 05, 2021 08:27 PM IST. For more news and updates on politics, world, sports, entertainment and lifestyle, log on to our website latestly.com).