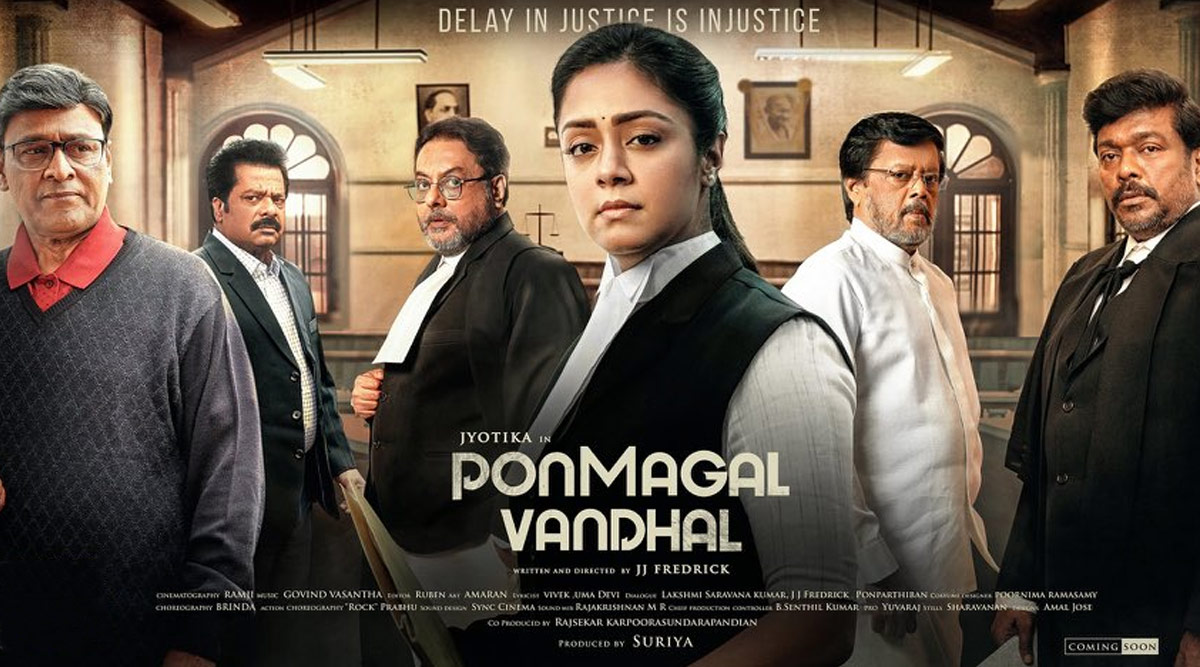 On May 15 it was confirmed that five south movies would be hitting on OTT platform and the Tamil movie Ponmagal Vandhal was one among them. The makers not only confirmed that the film would be releasing on Amazon Prime Video, but also shared that it would premiere on May 29. Since then fans have been eagerly waiting to know when the makers will drop the film’s trailer, and here it is! The trailer of Ponmagal Vandhal will be out in two days, on May 21, confirmed Suriya. Jyotika’s Ponmagal Vandhal to Release on May 29 on Amazon Prime Video, Confirms 2D Entertainment.

The upcoming legal drama Ponmagal Vandhal is produced by Suriya and would be releasing under the banner of 2D Entertainment. To announce about the release of the trailer of this JJ Fredrick directorial , the makers shared a teaser video, giving a glimpse of the courtroom drama, with lead actress Jyotika in the avatar of a lawyer. While sharing this teaser, Suriya captioned it as, “Delay in Justice is Injustice!! #PonmagalVandhal trailer out on 21st May #PonmagalVandhalOnPrime”. Here Are the 5 South Movies Confirmed to Premiere on Amazon Prime Video!

The makers of Ponmagal Vandhal had initially planned to release this movie in cinema halls on March 27. But owing to the coronavirus outbreak, they had no choice but postpone the release date. With no clarity by when will this all get settled, the makers decided to release Ponmagal Vandhal on OTT platform, making it the first ever Tamil film to get a direct web release. Many theatre owners in Tamil Nadu were upset with the decision taken by the makers of this upcoming flick, but Suriya stuck to his decision.