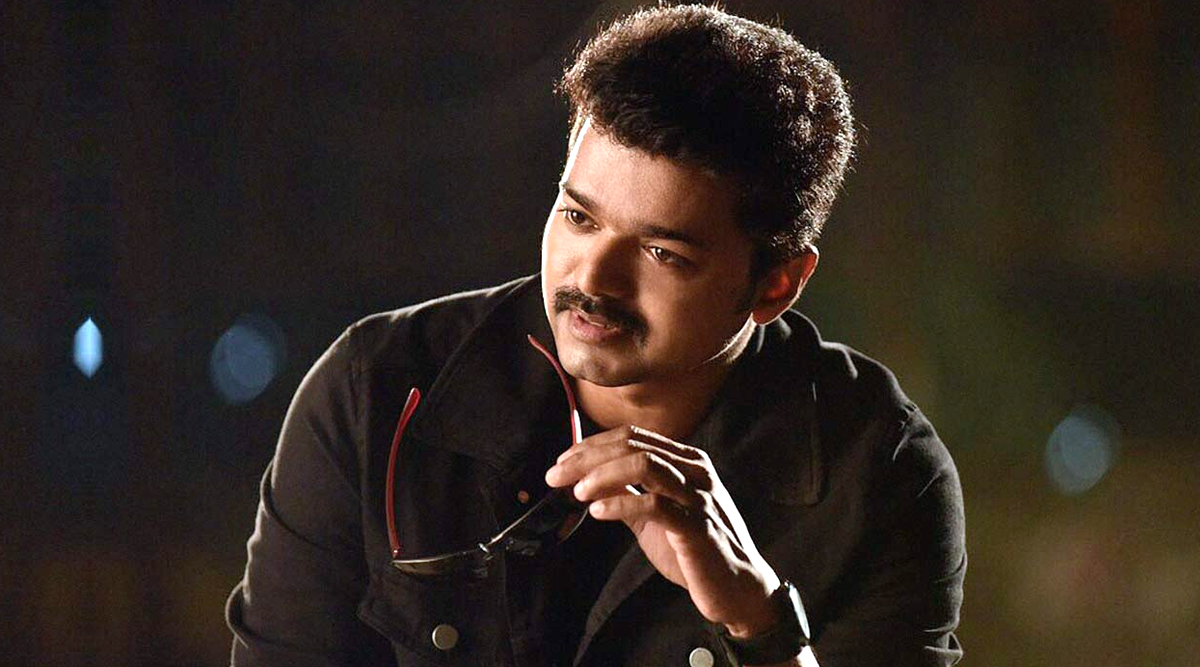 Thalapathy Vijay is one of the busiest actors right now down south. Be it at the shooting spot or during promotional events, fans eagerly wait to catch a glimpse of this Kollywood superstar.  A video of him has been shared by one of his clubs in which Vijay is seen arriving at The Leela Palace Chennai in his luxurious hot wheels, Rolls-Royce. The video is going viral across social media platforms and fans have speculated multiple reasons behind his visit at the five star hotel. Thalapathy Vijay Completes 27 Years in the Film Industry; Fans Trend #27YrsOfKwEmperorVIJAY on Twitter.

In this video we can see Thalapathy Vijay stepping out of Rolls-Royce and been guided by the team towards inside the hotel. The actor is seen in a simple white shirt paired with black pant. There are many who are waiting to know why Vijay paid a visit at the hotel. So do you want to read what are the assumptions being made by his fans? Take a look at some of the tweets below. Thalapathy 65: Vijay to Collaborate with Asuran Director Vetrimaaran for his Next?

But looks like one of the guesses was almost close enough. Thalapathy Vijay was at The Leela Palace Chennai to attend a family wedding. Few inside pictures from the event have been circulated on Twitter. If you haven't seen them yet, take a look at it below.

#ThalapathyVijay at a family wedding now in Chennai . #Thalapathy64

On the work front, Vijay has started shooting for his upcoming flick, which is tentatively titled as Thalapathy 64. The film would be directed by Lokesh Kanagaraj. It was just few days ago when rumours of Thalapathy 65 started doing rounds on social media. The buzz is rife that Vijay and Asuran director Vetrimaaran are collaborating for a film. However, no official announcement on it has been made yet.