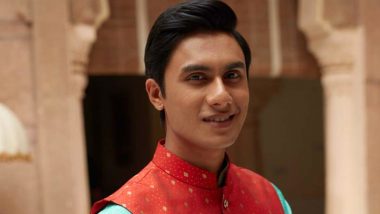 Actor Ritwik Bhowmik is happy that he made his acting debut in the digital space and says he could not ask for a better launchpad than the recently-released musical romance web series, Bandish Bandits. Traditionally, most actors prefer a big screen debut, but Ritwik the web-space has opened up a whole new wave of content creation. "I remember as a child, I used to listen to this story of a man who had a duck that gave golden eggs and we all know how that story ends. Bandish Bandits: Internet Just Can’t Have Enough Of Shankar-Ehsaan-Loy’s Melodious Music

So, I guess no point for any actor to feel that ‘I wish my debut was there or here'. I cannot ask for a better debut than ‘Bandish Bandits'," the young actor told IANS. He added: "There is this whole new wave of content creation and consumption through online platforms, so I just couldn't have asked for anything better. This is my dream debut and I am very happy about it." Bandish Bandits: All You Need to Know About Ritwik Bhowmik and Shreya Chaudhry, the Lead Stars Of Amazon’s Musical Series

(The above story first appeared on LatestLY on Aug 14, 2020 12:42 PM IST. For more news and updates on politics, world, sports, entertainment and lifestyle, log on to our website latestly.com).