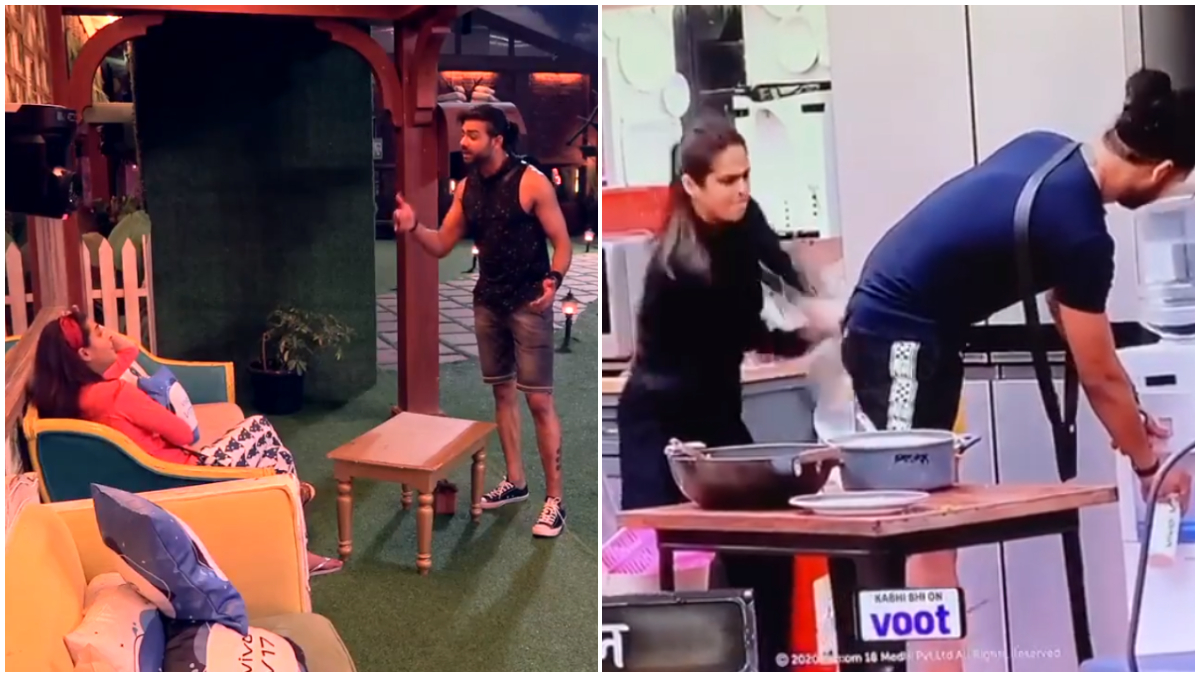 It is going to be a rough day on Bigg Boss 13 tomorrow. The new promo has shown the audience something extremely shocking. Madhurima Tuli will assault her ex-boyfriend Vishal Aditya Singh with a frying pan. Pathetic. The two contestants on Bigg Boss 13 have constantly received warnings over their violent behaviour. Once, they were even given the option to leave the reality show, after Madhurima hit Vishal with her slipper. But both chose to stay on the show and mend their ways. But all seems to be gone in vain after the latest promo.

Madhurima will call Vishal something feminine, which will offend him. He will pour some water over her and she will retaliate with same action. Vishal will splash water on her face, later. A water battle will ensue between the two. In the process, mic and camera will also be sprayed with water, resulting in a stern warning from Bigg Boss. Bigg Boss 13: Reality Show Normalising Physical Abuse? Here's What Netizens Feel As Shocking Videos Of Sidharth Shukla And Shenaaz Gill Go Viral.

Later, Madhurima will lose her cool and hit Vishal repeatedly with a frying pan. She will first hit him on the shoulder, and then hit him on the backside so severely that the pan will break apart.

Of course, this calls for a meeting with Bigg Boss. It will be announced that both, Madhurima and Vishal, are going to face a severe punishment. Vishal will refuse to accept the punishment and announce that he is leaving the house. Rashami will start crying and will try to stop him. Asim will also try to stop him. Let us see what happens on the next episode.