Bigg Boss 13 will see a lot of changes from its previous few seasons. The show will return to its original format of having only celebrity contestants and no commoners will be shot at Goregaon's Filmcity and not Lonavala and will premiere on September 29, 2019 in the 9 pm slot. 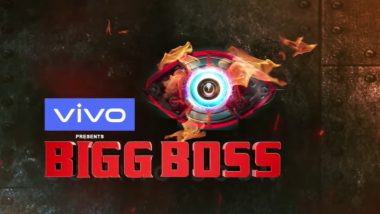 AND... Finally, Salman Khan's Bigg Boss 13 has got its launch date and time. As per a small clip of a promo that is doing the rounds of social media, Bigg Boss 13 will premiere on September 29, which is a Sunday. And this time's designated timeslot for the controversial reality show will be prime time at 9 pm. This time around, the show will see a lot of changes from its previous few seasons. For starters, the show will return to its original format of having only celebrity contestants and no commoners, after the debacle that the previous few seasons have been. Also, the shoot location this time around will be Goregaon's Filmcity and not Lonavala. Bigg Boss 13 BTS Footage: Salman Khan REVEALS What’s In Store For Fans Of The Show! (Watch Video)

For the past few days, Colors' twitter page has been posting numerous teasers of the announcement of the country's much-loved show's grand premiere date and time slot. And now, a clip doing the rounds has confirmed the above-mentioned date and time.

As per Pinkvilla report, "The contestants who will be all celebrity this year will be divided into two groups, each group consisting of at least six people. The two groups will be that of ‘players’ and ‘ghosts’. They will be unaware of each other and the task of the players would be to unmask ghost and make their way inside the house while Ghost needs to stay unmasked and stop players from entering."

The portal also quoted their source as saying, "For the first time, the first week elimination will be done by Salman Khan himself on the basis of poor performance and he will only nominate contestant for the second week. The ghost team will have six people including Meghna Malik, Pavitra Punia and Mahika Sharma. On the other hand, Devoleena Bhattacharjee, Rashmi Desai, Dayanand Shetty, Rajpal Yadav, Siddhart Shukla will be in players team."

Well, sounds interesting, doesn't it? It also reminds one of the show's seventh season's format of Jannat and Jahannum, where the house was divided into two sections - heaven and hell. Also, this time around, the show will be seen declaring its finalists in the first four weeks itself, but the twist in the game will be that these finalists will continue to remain in the show for its entire duration.

(The above story first appeared on LatestLY on Sep 15, 2019 06:49 PM IST. For more news and updates on politics, world, sports, entertainment and lifestyle, log on to our website latestly.com).