Bigg Boss 14: Hotelier Sumit Maheshwari Claims Pavitra Punia Is Still Married To Him, Says She Cheated on Him 4 Times 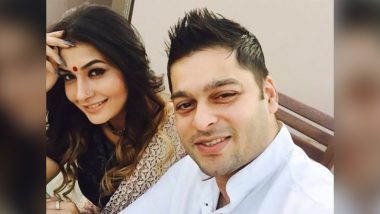 Mumbai, Nov 30 (IANS): A hotelier named Sumit Maheshwari has accused Bigg Boss 14's recently evicted contestant Pavitra Punia of keeping their marriage a secret, and cheating on him four times. On the show, Pavitra spoke about getting engaged, but did not reveal the name of the person with whom she was engaged. Pavitra had previously spoken about her relationships with Paras Chhabra and Pratik Sehajpal. Sumit shared that Pavitra asked him to keep the marriage a secret. Bigg Boss 14 Weekend Ka Vaar Nov 29 Episode: Pavitra Punia Evicted, New Contestants Announced - 5 Highlights of BB 14.

In the past, Paras had shared that Pavitra cheated on her husband with him. Now, Sumit has claimed that he was the man in question who was cheated upon. "We are still husband and wife. We got engaged and we were married also, but she didn't disclose it," Sumit is heard saying in an interview to YouTube channel Fifafooz. Did Bigg Boss 14 Contestant Pavitra Punia Go Under the Knife to Enhance Her Thin Lips?.

He claimed Pavitra had affairs four times during their marriage, and named Paras and Pratik. "I had texted Paras when I found out about their relationship," Sumit said, adding: "I told him that you can be in a relationship with her but wait till we get a divorce. My family is involved. I still have a tattoo of her on my hand. Nothing has changed from my side."

He also opened up about Pavitra's growing closeness with Eijaz Khan on the show, saying: "It is shocking, but I don't find her relationship genuine." He said that he stopped watching the show after Pavitra started getting close with Eijaz, and called her an opportunist. Pavitra was evicted from the show on Sunday.

(The above story first appeared on LatestLY on Dec 01, 2020 03:51 PM IST. For more news and updates on politics, world, sports, entertainment and lifestyle, log on to our website latestly.com).