TikTok fame Amir Siddiqui is reportedly being approached by the makers of Bigg Boss for its latest season. Read details. 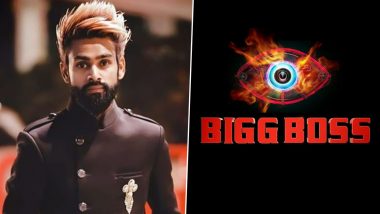 Bigg Boss 13 was one of the most-watched and celebrated seasons ever in the history of the reality show. Contestants like Sidharth Shukla, Rashami Desai, Shehnaaz Gill, Asim Riaz and Paras Chhabra added the right amount of spark and made the controversial show a hit. Having said that, this year due to COVID-19 pandemic, it's reported that the latest season of Bigg Boss will be delayed by a month and will eventually start from the end of October. Amidst this, many names of well-known celebrities have popped online who've been approached for the show. And here's come one more addition to the same. As per a report in Telly Chakkar, TikTok star Amir Siddiqui is the latest one who has been approached for the show. Bigg Boss 14 Gets Delayed! Here When Salman Khan’s Controversial Reality Show Will Begin.

Sources close to the production house of Bigg Boss have informed the portal that the makers want Amir owing to his controversial image. Currently, Siddiqui has 3.8 million followers on the app. For the unware, Amir is the one who is known for his war of words with YouTube sensation Carry Minati. His clash with the YouTuber had invited trolls.

Well, knowing how popular TikTok app is in India, the makers of the controversial reality show knows exactly how to grab the attention. Before Amir, names of celebs like Surbhi Jyoti, Jasmin Bhasin, Akanksha Puri and more had made it to the web. Bigg Boss 14: Shanthipriya Approached For The Controversial Reality TV Show?

This year, Bigg Boss is going to be quite different owing to the social distancing guidelines to be followed by the channel as well as the inmates inside the house. Earlier, a report suggested how all the contestants this season will be tested for COVID-19 before entering the show. Coming back to Amir, we hope that the reports are true as fans will get to see the real side of the TikTok fame. Stay tuned!

(The above story first appeared on LatestLY on Jun 30, 2020 12:30 PM IST. For more news and updates on politics, world, sports, entertainment and lifestyle, log on to our website latestly.com).