Bridgerton Season 2: Release Date, Cast, Plot and More – Everything You Need To Know About This Netflix Period Drama

When period drama series Bridgerton dropped on Netflix on December 25, 2020, who knew that it'll turn out to be a megahit. Considering the same, the makers announced season two. While mostly all things are under wraps about the upcoming season, here's all you need to know. Check it out. 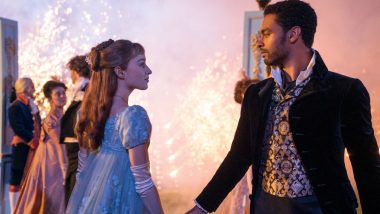 When period drama series Bridgerton dropped on Netflix on December 25, 2020, who knew that it'll turn out to be a megahit. The main reason it was loved by fans was, of course, the storyline which was vintage yet modern. It starred Adjoa Andoh as Lady Danbury, Jonathan Bailey as Anthony, Phoebe Dynevor as Daphne Bridgerton and many others. From romance, erotica, unrequited love, feminism, LGBTQ+ inclusion and more, season one had everything one could possibly imagine. After watching the first season, fans were all the over the internet demanding season two. And as a surprise, the makers did confirm that Bridgerton 2 is on the cards. So, before B2 arrives, here's all you need to know about the upcoming season. Netflix’s Bridgerton Renewed for the Second Season with Anthony in Focus.

When Was Bridgerton 2 Announced?

The streaming giant (Netlfix) on January 21, 2021, confirmed that Season 2 of Bridgerton will be coming soon. However, the date and cast of the same were not revealed and kept under the wraps. This show is on the top-10 most-watch rankings on the OTT platform.

When Will The Production Begin?

Netflix themselves has confirmed that the production for Bridgerton 2 will be starting in the spring of 2021. Also to note is that there's Julia Quinn's Bridgerton series has in total eight books- so fret not, as there's a lot for the viewers.

What Would Season 2 Be About?

The season one of the show was based on Quinn's first novel, The Duke and I whereas season two will be about the second book i.e The Viscount Who Loved Me. As per the novel, it narrates the story of Anthony Bridgerton and his search for his wife, but a hurdle awaits in the name of Kate Sheffield. Bridgerton: Makers of Netflix Show to Treat Fans with a Special Announcement by the End of the Week.

FYI, season two of Bridgerton will not focus on Daphne (Phoebe Dynevor) and Simon Basset (Regé-Jean Page), as their love story has come to a fine end. It will be all about Anthony and some new stars on board.

When It Would Release?

As we already mentioned that the shooting is expected to go on floors in spring, so we can probably expect a second season to arrive on Netflix sometime during December 2021 or maybe next year in 2022. You can watch Bridgerton on the streaming platform anytime. Stay tuned!

(The above story first appeared on LatestLY on Feb 04, 2021 10:56 PM IST. For more news and updates on politics, world, sports, entertainment and lifestyle, log on to our website latestly.com).