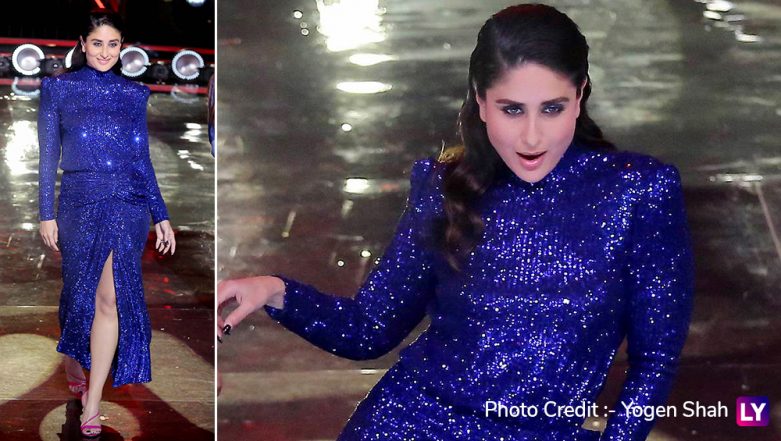 Kareena Kapoor Khan's dance on DID 7.

Kareena Kapoor Khan recently made her Television debut with the popular dance reality show Dance India Dance. The actress is one of the judges on the show and she has been flooring the audiences ever since. This is the seventh season of the show and fans are thrilled with Kareena's amazing fashion, dance moves and her general peppy talk on the show. The actress is judging Dance India Dance: Battle Of The Champions along with ace choreographer Bosco Martis and much-loved rapper Raftaar. Dance India Dance 7: Kareena Kapoor Khan Bowls Over Fans with Her Debut on TV – Read Tweets.

For one of the recent episodes of the show, Kareena not only looked stunning in a gorgeous shimmery blue dress with a front slit. Kareena even grooved to a song from her film Asoka which starred Shah Rukh Khan. The actress was seen dancing to the popular track, "Raat Ka Nasha" from her film. In the pictures, Kareena was seen dancing along with the coaches Bhavna and Sneha from the show.

Check out pictures from the show here: 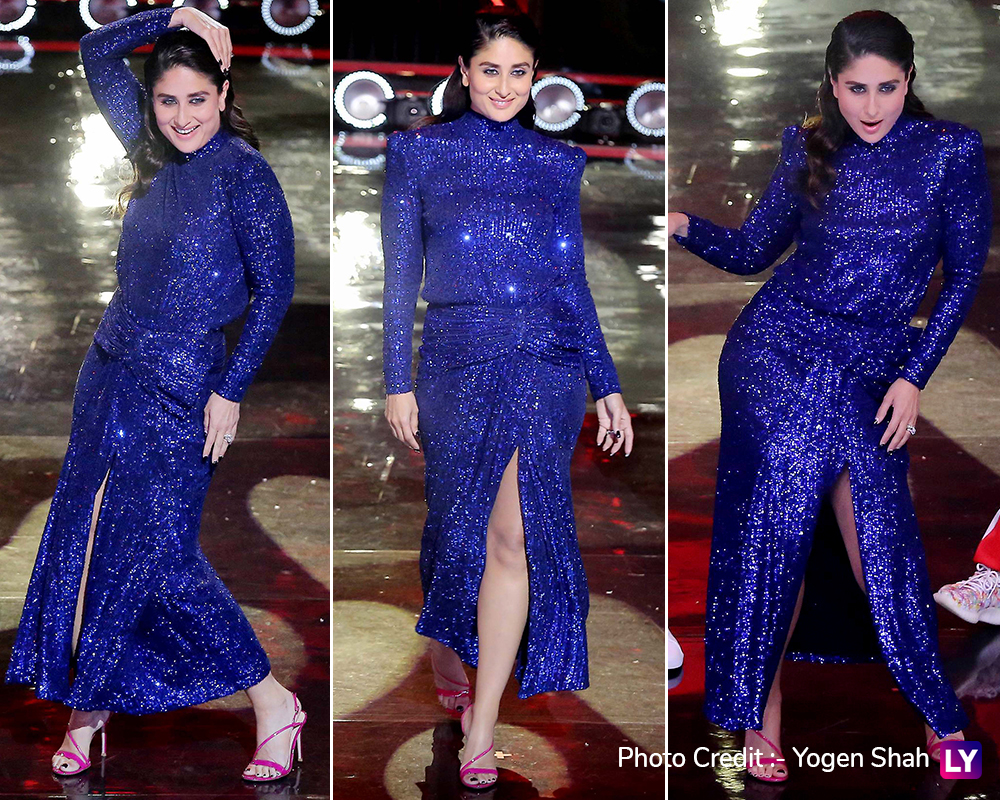 Kareena Kapoor Khan moves to her song on DID 7.

Kareena Kapoor Khan's dance on DID 7.

Here's Kareena dancing with coaches Bhavna and Sneha on the show: Kareena truly mesmerised everyone with her sizzling moves and we can't wait to watch the episode. In her Bollywood career, Kareena has given us several popular dance tracks and is an exceptional dancer. From "Fevicol Se" to "High Heels", the actress has always wowed the audiences with her moves.

On the Bollywood front, Kareena will be next seen in Irrfan Khan starrer Angrezi Medium. The actress will be seen in the role of a cop in the film. She recently headed to the UK to shoot for her portions in the film. Angrezi Medium is being helmed by Homi Adajania and is all set to release in April 2020.