Bigg Boss 13's Devoleena Bhattacharjee is in a legal trouble as Mayur Verma has accused her of tarnishing his reputation. Check it out. 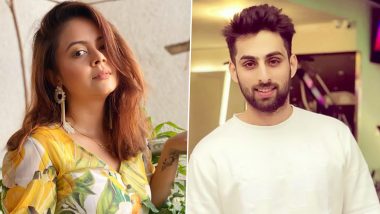 The controversial reality show, Bigg Boss 13 might have come to an end, but its contestants still churn news. Among them is Gopi bahu of Indian TV, Devoleena Bhattacharjee who has been making headlines ever since she expressed that she was not impressed by Sidharth Shukla and Shehnaaz Gill's chemistry in their music video, Bhula Dunga. From the time she uttered those words, the actress has been receiving a lot of flak from SidNaaz fans. Not just this, Shehnaaz's friend Mayur from the reality show, Mujhse Shaadi Karoge has also been on a Twitter war with Devo, as he favours Gill. Amid this, Bhattacharjee has been liking all the negative posts with regards to Mayur and Shehnaaz on social media. However, now seems like this online battle has taken an ugly turn as Verma has filed a cybercrime complaint against Devoleena Bhattacharjee for ruining his image on social media. Devoleena Bhattacharjee Claims Cyber Cell is Close To Catching The Troll Who Posted Offensive Audio Clip About The Actress and Her Mother (Details Inside).

Mayur took to the micro-blogging site and shared an image of the report. And going by its glimpse, Mayur Verma has alleged Devoleena for tarnishing his image by liking and supporting posts on Twitter which troll him. He also has added the tweet in the report. "Devolina has tried to defame me before and today she liked a photo on Twitter which was trying to tarnish my image, she has always been doing this. She first tries to down my own image on Twitter and later supports it," Mayur's complaint reads. Devoleena Bhattacharjee Gets Death Threats From a Fan of Arhaan Khan, Bigg Boss 13 Contestant Urges Mumbai Police and Cyber Cell to Take Action (Read Tweet).

Check Out Mayur Verma Cybercrime Complaint Against Devoleena Bhattacharjee Below:

Things were too much

So I have given it to cybercrime now

Now everything is in the hands of cybercrime

"I have been trolled many times by her and her fans. Right now I'm getting out of my tolerance and dropping my image, So I want to give this thing in cybercrime," the report mentions. Well, now we wonder what's Devoleena's side of the story? From here on, seems like this war between the two is going to be bitter and how. Stay tuned!

(The above story first appeared on LatestLY on May 24, 2020 05:03 PM IST. For more news and updates on politics, world, sports, entertainment and lifestyle, log on to our website latestly.com).