Game of Thrones 8 Episode 1 Live Streaming: Here’s When and Where You Can Watch The Series! 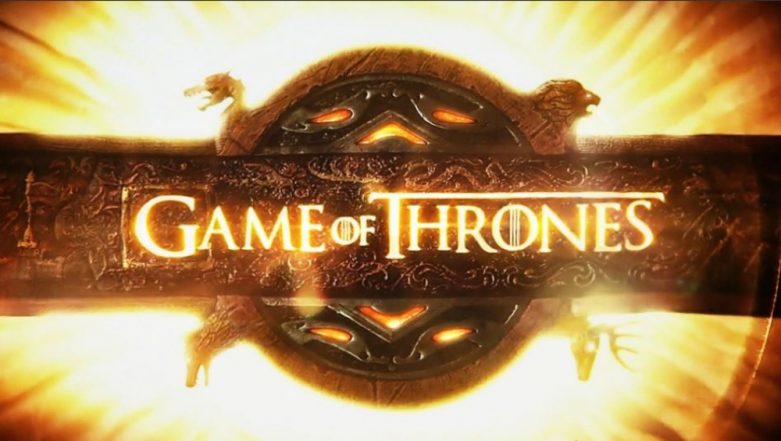 The eighth season of the fantasy show Game of Thrones, based on George RR Martin’s novels, is just days away and the excitement amongst fans in India is reaching a feverish pitch. For this will be the last season of the much-loved fantasy thriller, fans can't wait to find out the ultimate fate of Jon Snow, Daenerys Targaryen and the rest of the Westerosi. The final season is indeed going to be a bittersweet one for all Game of Thrones fans. What makes it, even more harder for fans to digest is that this season will only have 6 episodes. While the first two will be 60 minutes long, the 2nd and 3rd episodes will be 80 minutes each and the final two episodes will be 90 minutes approx. At the beginning of 2019, the buzz around Game of Thrones 8 had started increasing substantially when HBO had released first footage of the much-awaited series and that had kickstarted innumerable fan theories. Game of Thrones 8: HBO Releases New 'Behind The Scenes' Footage and We Are Mighty Impressed- Watch Video

The trailer of Season 8 was dropped on March 5 and  Twitter was up in chaos. While some found humour in the trailer, others only realized that it would be one last voyage for them. Oh.. and the trailer also gave release to innumerable fan theories, which we absolutely do not want to read. Games of Thrones 8: These Twitter Reactions on The GoT Final Season Trailer Will Leave You in Splits: Read Tweets

Season 8 has been in the making for 2 years now, with time to time updates on how the makers have shot multiple endings for this season to avoid any leaks. Also, the makers, as well as the cast, have remained extremely tight-lipped on the fate of characters in the last season.

When and where to watch Game of Thrones:

The show premieres April 14th Sunday night on HBO, which means that viewers in India will get to catch the episodes on Hotstar Premium on Monday (April 15) early morning at 7 am. Yeah! Quite the damper on our working Monday and also a huge addition for our Monday Blues.

Nevertheless, not to mention, there will be sites that practice piracy and manage to get hold of torrent links to upload. In fact, there may even be chances of leaks, just like last year. But we urge our readers to not reach out for leaked episodes but wait for the makers to release them. After all, we do not want their hard work to go waste, they have been creating them to give you and me and all of the other viewers out there, a terrific viewing experience.