Game Of Thrones Ends With An Unpredictable Conclusion, Yet Gives A Sense Of Satisfying Closure 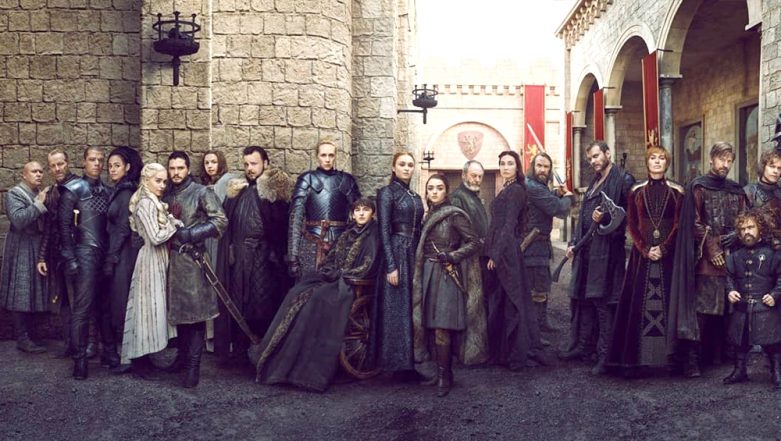 "Now, your watch has ended," said the screen as Game of Thrones, the show, ended with the sixth episode of Season 8. It has been an emotional ride for the fans who have been shocked, surprised, angry, happy and much more over the nine years of Game of Thrones. The makers of Game of Thrones have managed to catch fans unaware season after season. This season, however, left many fans fuming. So has been the case with the final episode. Many are unhappy with the conclusion. People are tweeting their disappointment on social media. Some have a problem with the writing for the entire season, others are angry with the conclusion. However, to think of it practically, the ending was much of a satisfying closure. In a sense, the show has seen a circle of life complete. WARNING - Spoilers below, read only if you have watched the final episode. Game of Thrones 8 Episode 6 (Finale) Recap: Daenerys Targaryen, Jon Snow or Arya Stark – Who Ascended the Iron Throne? Here's All You Need to Know (SPOILER ALERT).

Let's go back to how Game of Thrones really began. In the very first season, everything was okay, till one little boy, Brandon Stark saw something he shouldn't have, and was pushed down the wall. Though the boy lived, he was crippled for life. In the meanwhile, his father had left to serve as the King's Hand. But the threat remained around what Bran really saw and if he would tell everyone the truth. What followed was several casualties in the House of Stark. But life seems to have come a full circle for Bran. Among the many "rightful heirs" to the Iron Throne, and the many characters who met their fates along the eight seasons, Bran ended up becoming the King. In all this while, he became the three-eyed raven, which means he possibly is the only person who knows the entire history of the seven kingdoms. Several stories played out, several lives lost in the middle of all of this. But what started with the suffering of one family, ended in closure for that very family. In a way, all the remaining Starks and the half Stark got what they wanted. Game Of Thrones Season 8 Episode 6 Telecast Time And Streaming: How to Watch GOT S08E06 in India.

I read some reactions on the social media. Many fans feel the makers just rushed it all towards the end of the show. They are complaining of bad writing, a huge cutdown on bloodshed and a dissatisfying ending. But then, Game of Thrones became a phenomenon over the years. One thing that remained constant in the show was that they made you love one character, then they made you hate the same character. They made you hate one character, then they made you feel pity for that very character. This is why, fans had imagined their own scenarios in their heads. Every character ended up having their own sets of fans. Therefore, every character, as per their fans, deserved to die, not die, kill some character or take the throne. And the makers couldn't have made everyone happy. However, towards the end, what they did show was a sense of closure for everyone. Game of Thrones Season 8 Finale: Daenerys Targaryen Looks Like a Dragon in This Shot Being Loved by Fans.

Watch: How Game Of Thrones Ended

The makers probably would have been prepared to face the wrath of fans, since even some of the cast members, reportedly, were not happy with the ending. But the makers did what they had been doing - the unexpected. I would agree on a bit to the rushing of the season on part of the makers. But the ending left me wondering what else could have been a better conclusion, and I had no answers, even though I had my favourite characters too. At the end, Tyrion Lannister was happy with what he got, Sansa was satisfied with what she had, Arya, the Girl Who Has No Name, went nowhere. Ghost got the petting that was due from Jon Snow. Game of Thrones 8 Airs Finale Episode! Twitter Reacts With Memes and Jokes – Here Are the Best Ones.

Each one of the fans would have their own sets of complaints with the way the show ended, but then, that's what Game of Thrones is. The whole disappointing part is that the show has ended. We do not know how long would it be before we get to watch the prequel. For now, here's a toast to the cast and the makers of Game of Thrones. What is dead may never die!